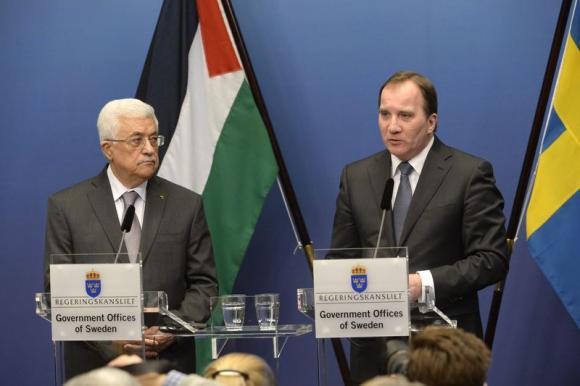 Palestine will be opening an embassy in Stockholm after Sweden became the first western European country to recognize its statehood in October last year. President Mahmoud Abbas is on a state visit there and said that other countries should follow Sweden’s footsteps in order to “push forward negotiations in the peace process.” It has been more than a year since peace talks with Israel came to a standstill. 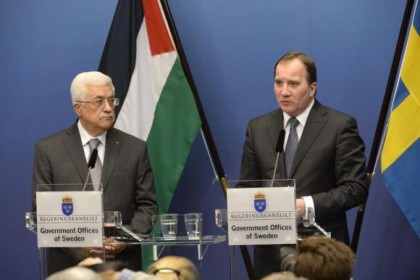 The opening of the Palestinian embassy will be a major step in its strive for global recognition after bids for the establishment of a Palestinian state at the UN were blocked at the Security Council although the General Assembly approved de facto recognition in 2012. A total of 135 countries recognize Palestine including several East European nations.

Palestine only has diplomatic missions in most western European countries but on Tuesday, Swedish Prime Minister Stefan Lofven said the opening of the embassy in Stockholm will be done immediately. It is unclear if the move will influence other countries. It can be recalled that when the Swedish parliament recognized Palestine’s statehood, several other countries like Britain, France and Spain took similar steps but their decisions were symbolic and non-binding. Most Western European countries are yet to officially recognize Palestine as a state.

Prime Minister Lofven said Palestinian aid will be increased to around $180 million over the next five years but wants cooperation in fighting against corruption, increasing gender equality, improving human rights and continuing the process of state building in Palestinian territories.

Israel has always been angered when countries bridge their ties with Palestine. It temporarily recalled its ambassador when Sweden recognized Palestine as a state and Swedish Foreign Minister Margot Wallstrom cancelled a visit to Israel in January.