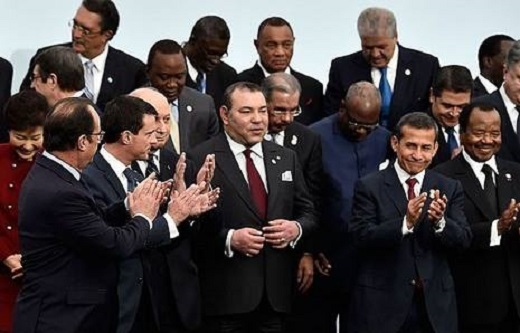 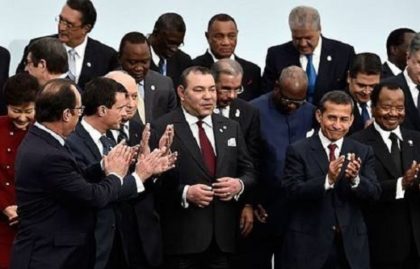 King Mohammed VI of Morocco will chair, on November 15, the COP22 summit which will be attended by at least 50 heads of state.

The event will be attended by French President François Hollande whose country hosted COP21 and UN Secretary General Ban Ki-moon.

President Barack Obama and Russian President Vladimir Putin in addition to German Councilor Angela Markel are yet to confirm their participation.

The Emirs of Kuwait, Qatar and Bahrain have confirmed their attendance along with no less than 30 African heads of states.

Several Presidents of pacific island countries are also expected as King Mohammed VI, in a gesture of solidarity, gave directives to pay for the travel expenses and accommodation of these countries’ leaders and the delegations accompanying them.

The COP22, slated for November 7-18 in Marrakech, aims at reaching agreements on nationally determined contributions to reduce greenhouse gas emissions caused by human activity in implementation of the Paris Agreement which enters into force on November 4.