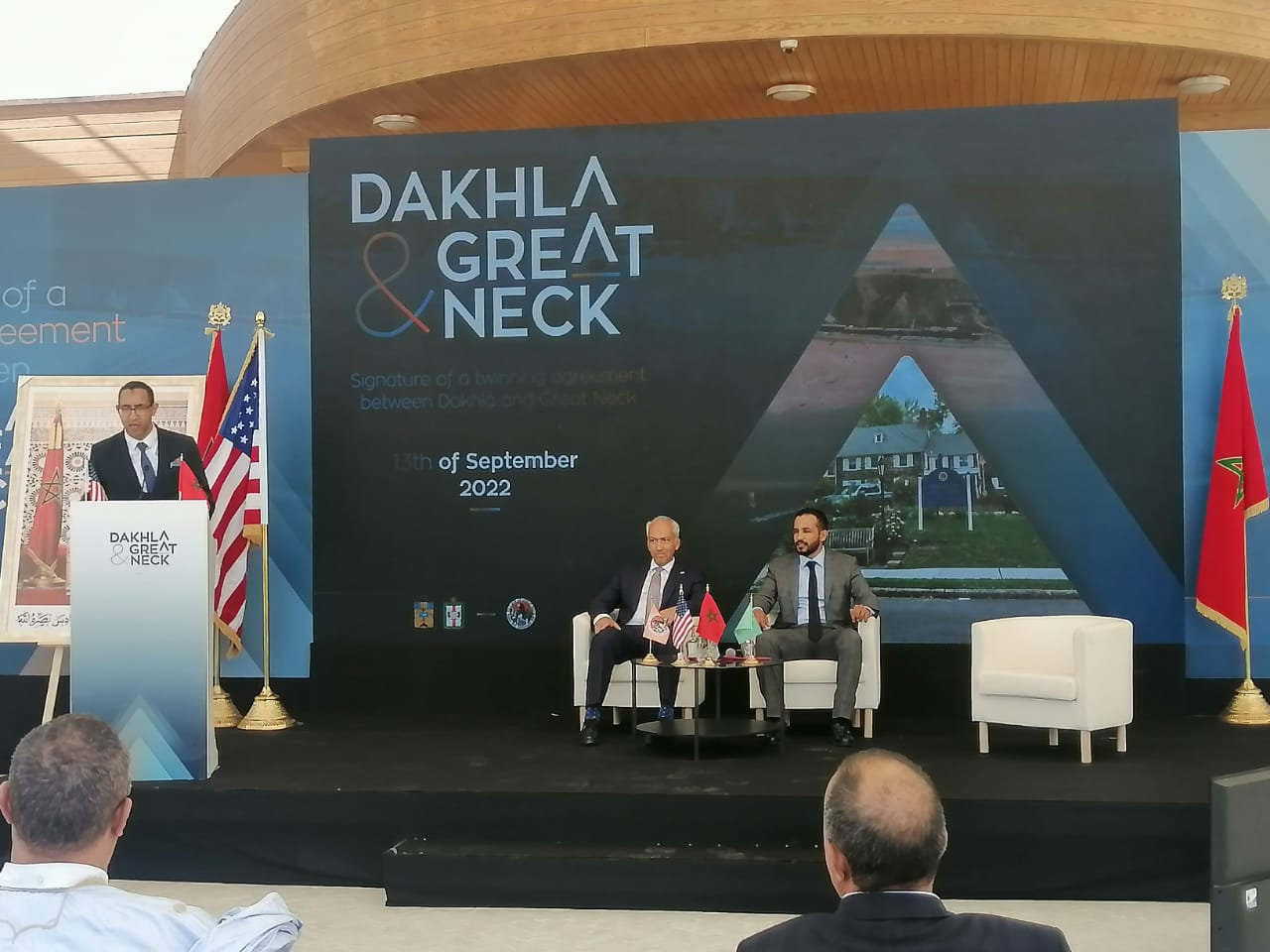 Sahara: Twinning Accord between Dakhla and U.S. Great Neck

Dakhla, pearl of the Moroccan Sahara, signed on Tuesday a twinning agreement with Great Neck, located in the State of New York, within the frame of the decentralized cooperation set between Morocco and the United States, two allies & partner countries.

The agreement was inked by president of Dakhla municipal Council, Erragheb Hormatallah and mayor of Great Neck Pedram Bral in presence of local councilors, MPs, officials and American businessmen.

The signatories pledge to consolidate partnership in tourism, environment, culture, arts and education, in addition to sharing expertise in city management and investment.

Commenting the twinning agreement, mayor of Great Neck said Dakhla offers huge untapped opportunities to American businessmen, and voiced willingness to set up a mutually beneficial partnership with the Saharan Moroccan city in all sectors of common interest.

The Dakhla-Oued Eddahab region is witnessing, under the leadership of King Mohammed VI, major changes thanks to the landmark socioeconomic projects which are turning the region into regional and African economic hub, he added.

The twinning was sealed on the sidelines of a visit of an American businessmen delegation to the Dakhla-Oued Eddahab region to explore investment opportunities.
Eric Lalo, a U.S. investor & member of the delegation, said he was “very impressed” by the development efforts made in the region.