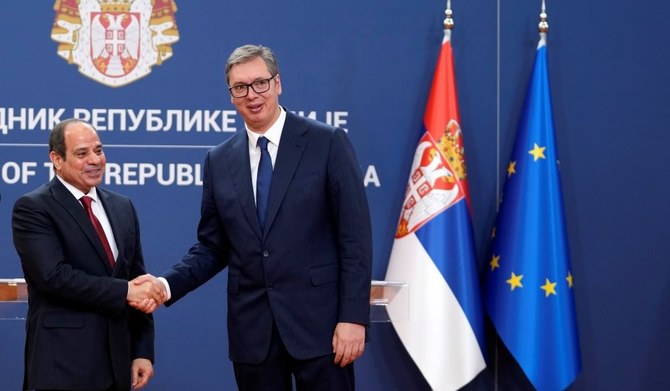 Egypt, Serbia sign series of agreements as leaders of both countries meet

Egypt and Serbia inked a group of agreements and Memorandum of Understanding as President Abdelfattah al-Sisi visited the European country Wednesday.
Al Sisi met with Aleksandar Vucic in capital Belgrade following a visit to Germany the day before.
Both leaders oversaw the signing of several accords. One agreement in the field of higher education was signed from 2022 to 2025. Both leaders at a joint press conference indicated that they discussed issues of common interest, particularly developments in the Middle East, including Palestine and Libya.
They also touched on ways to combat terrorism and illegal immigration, as well as the war in Ukraine and its global economic consequences, including food and energy insecurity.
Discussions also revolved around Egypt’s efforts to mobilize the international community to combat climate change in light of its hosting in November of the UN Climate Change Conference.