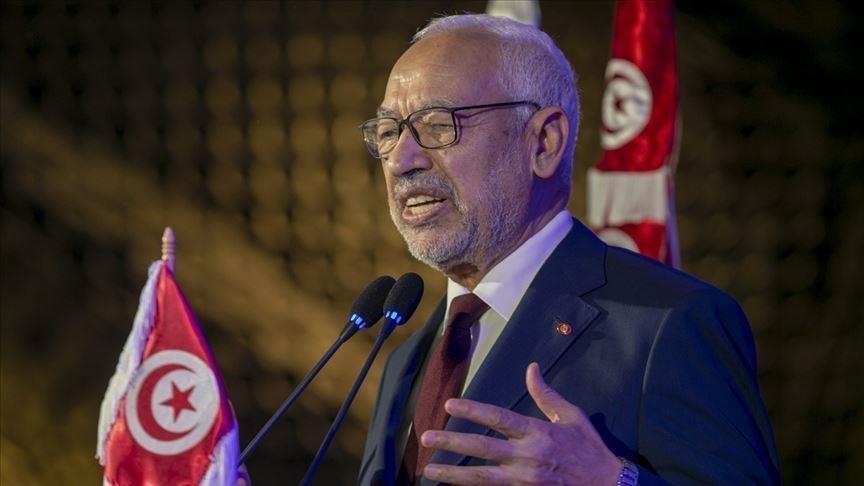 The Inter-Parliamentary Union (IPU) has asked for clarifications about the questioning of Ennahda leader Rached Ghannouchi by Tunisian authorities, a former parliamentarian said on Saturday as reported by Anadolu news agency.

Maher Madhioub said in a Facebook post that the IPU’s Human Rights Committee requested clarifications from Tunisian authorities about the freezing of Ghannouchi’s bank accounts and banning him from travel.

He said Ghannouchi, head of the leading Islamist party Ennahdha, had filed a complaint to the rights committee against the Tunisian measures, without providing further details.

There was no comment from the Tunisian authorities on the former lawmaker’s claim.

Ghannouchi is set to appear before a Tunisian judge on Tuesday for questioning on allegations of suspicious financial transactions within the Namaa Tounes charity, accused by authorities of financing terrorism.

The move came after Tunisian authorities froze the financial assets of Ghannouchi and nine other people, including his son and former Prime Minister Hamadi Jebali.
Ghannouchi revealed last Monday that he was expecting to be arrested on July 19 when he will appear before the country’s counter-terrorism prosecutor, in connection with investigations about Namaa Tounes Charity.

Ghannouchi is among dozens of people targeted by the investigation which was launched following the arrest of former Prime Minister Hamadi Jebali late last month in connection with the case. Jebali was later on released as his health deteriorated following his hunger strike.

The Interior ministry accused Jebali of involvement in a money laundering scheme in connection with the charity organization. The former Premier denied any wrongdoing and is also expected to appear for questioning on July 20 before the counter-terrorism prosecutor.

Tunisia has been in the throes of a deep political crisis since July 2021 when President Kais Saied ousted the government, suspended parliament and assumed executive authority. He later dissolved the assembly after lawmakers held a session to revoke his measures.

While Saied insists that his measures were meant to “save” the country, critics have accused him of orchestrating a coup.

Tunisians will vote in a referendum on July 25 on a new constitution, decried by critics as backpedaling on democratic gains.

North Africa Post's news desk is composed of journalists and editors, who are constantly working to provide new and accurate stories to NAP readers.
NEWER POSTMorocco’s growth seen at 1.3 in 2022, inflation to tamper next year- HCP says
OLDER POSTMorocco, USA broker deal between Israel & Palestine for opening of Allenby crossing