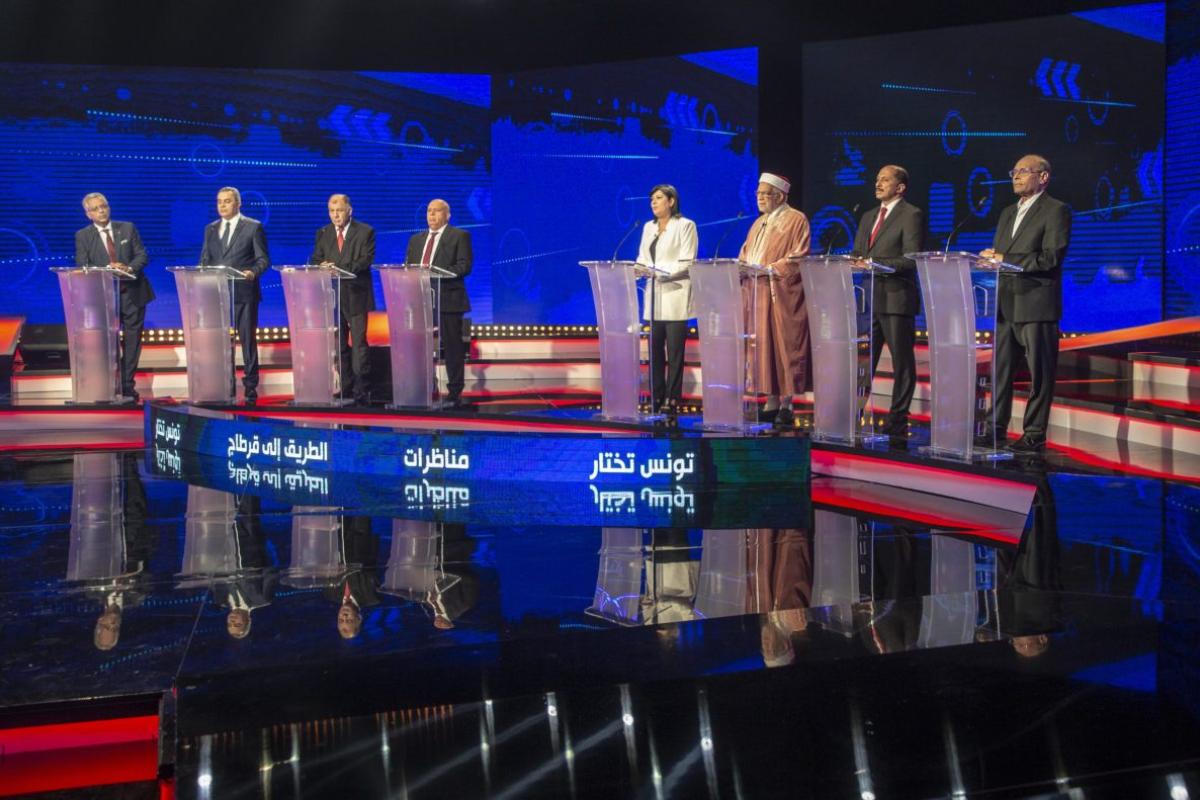 Tunisia: Candidates’ face off in first ever televised debates 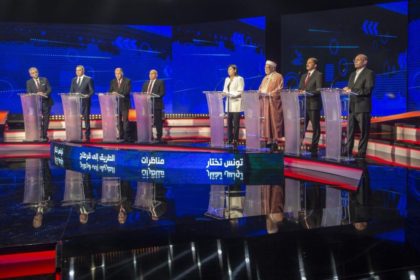 For the first time in Tunisia’s history and in the Arab world at large, candidates for the snap September 15 presidential elections took part Saturday and Sunday in the first ever televised debate called “The road to Carthage: Tunisia makes its choice”.

Media mogul Nabil Karoui of Heart of Tunisia was the ninth candidate in the debate but his spot was left empty as he is detained for alleged money laundering. The electoral commission has indicated that the businessman is qualified to run for the elections until proven guilty.

From his detention, Karoui who launched his campaign last week, criticized authorities from preventing him to attend the debate.

“Tonight I am deprived of my constitutional right to express myself in front of the Tunisian people,” Karoui wrote on Twitter.

“They dare to speak of democratic and transparent elections despite the absence of the basic principle of equal opportunities.”

The TV debate, which aroused much interest among Tunisians, is intended to help voters select a candidate on September 15, says TAP.

A third debate is scheduled this Monday September 9 and will bring together more presidential candidates, in line with a draw conducted late August.

This debate, the first of its kind in Tunisia and the Arab world, is initiated by the Independent High Authority for Elections (French: ISIE), al Wataniya tv channel and the Independent High Authority for Audiovisual Communication (French: HAICA) with the support of NGO Mounadhara. It is broadcast on eleven TV channels and some twenty radio stations.