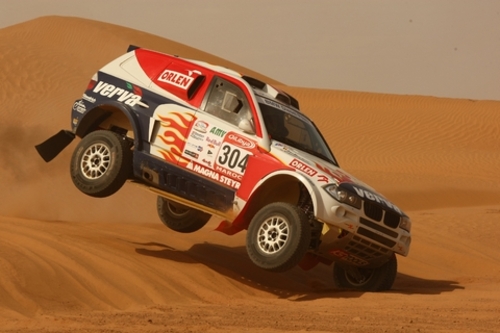 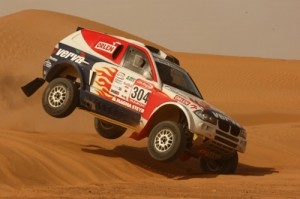 The OiLibya Rally of Morocco to kick off on October 14 is becoming the biggest cross-country rally after Dakar with a number of participants that shatter all records, say the organizers.
“With more than 250 competitors registered, the 2012 edition of the OiLibya Rally of Morocco overtake all previous participation’s records and becomes the biggest cross-country rally after the Dakar”, say the organizers in a press release.
The OiLibya Rally of Morocco (october 14 to 20) is confirming its place in the calendar of all biggest teams and of all cross-country rallies fans, the release underlines, adding that more and more nationalities will be represented in the 2012 edition, with a strong participation from East European countries.
No less than 260 competitors driving 180 vehicles (cars, trucks, squads, motorcycles, bikes), will start running on the tracks in the Moroccan regions of Erfoud and Zagora.
Many new competitors have joined the usual participants of the OiLibya Rally of Morocco, such as the RACE 2 RECOVERY team composed of competitors who were severely injured in wars. The team will be riding four cars and one truck and will be accompanied by a full assistance team.
This initiative aims to offer a new challenge for people suffering from severe war injuries. Under the management of Pierre De Frenne (former manager of Team De Rooy and CEO of damper brand Donerre), Race 2 Recovery gathers thirty former soldiers of different nationalities who were all maimed in war. A new dimension for cross-country rally and a real human challenge!
The rally is organized by NPO in cooperation with la Fédération Royale Marocaine des Sports Automobiles and la Fédération Royale Marocaine de Motocyclisme.
On the sidelines of the rally, the first edition of the BAJA of Morocco, a motocross race, will be held on October 14-16.
The BAJA 2012 of Morocco is the 4th round of the FIM World Cup of BAJAS. It will see the participation of top pilots in quad and bike from all around the world who will come to gain points on a new country.