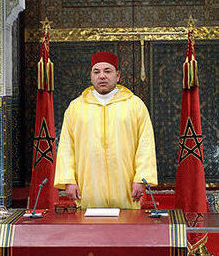 A Royal Speech Addressed to Moroccans… from Dakar, a Première 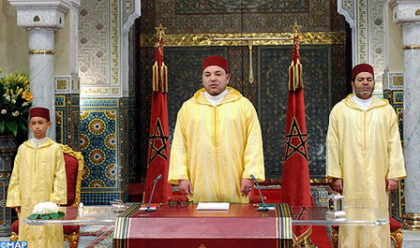 Custom has it that the King of Morocco addresses his countrymen on the celebration of outstanding events that marked the history of the nation, such as the Revolution of the King and the People, the National Day, or the Green March that enabled the North African country to recover its southern provinces peacefully.

And custom has it that the royal speeches are delivered on such occasions from capital city Rabat or from the city where the commemoration is taking place.

But this year, on the occasion of the celebration of the 41st anniversary of the Green March, King Mohammed VI made an unprecedented move: deliver the Green March speech on November 6 from…Dakar where he will be on an official visit.

This is a première and some may find the move surprising, but those who know the Moroccan Sovereign’s attachment to Africa, the new era of multidimensional cooperation he ushered in between Morocco and African countries and his Africa-oriented foreign policy will grasp the meaning of the royal initiative.

Delivering the Green March speech, addressed principally to Moroccans, from the Senegalese capital translates the depth of the spiritual and human ties between Morocco and so many African States, and primarily the centuries-old special bonds between Morocco and Senegal.

The decision to deliver the Sahara liberation speech from Dakar also bears a special significance as the Sahara provinces are Morocco’s natural extension in Africa and its gateway to the rest of the continent.

Senegal’s President Macky Sall welcomed the King’s decision to carry on his African tour that already led him to Rwanda and Tanzania by an official visit to Senegal.

In a statement to the Moroccan 2M TV, he described as historic the Sovereign’s choice “to deliver his historic speech on the occasion of a historic event, for the first time, outside the Moroccan territory, and specifically in Dakar.”

“The mere fact to have chosen an African country, other than Morocco, to deliver a historic speech, symbolizes a special relationship and shows that His Majesty chose to speak to Africa and Africans,” said President Sall, adding that this initiative is a token of friendship to all the people of Senegal.

The Senegalese head of state who hailed the King’s farsighted and ambitious vision for Africa and its future recalled that since coming to power, King Mohammed VI has made eight trips to Senegal, with the latest lasting nine days. “So, these are no longer traditional and diplomatic relations. This is a special friendly relationship,” he said.

Delivering the royal speech from Dakar is actually a strong symbolic gesture at a time when Morocco is preparing to rejoin the African Union (AU) with the support of a majority of member countries of the pan-African organization, including Senegal.

During his visit to Senegal, King Mohammed VI will hold official talks with President Macky Sall and the two Heads of State will preside over the signing ceremony of several cooperation agreements.