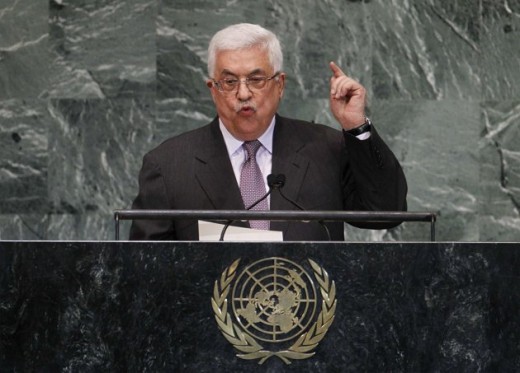 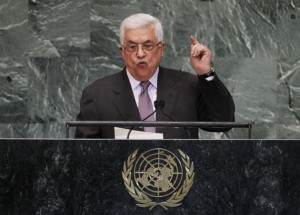 Palestinian president Mahmoud Abbas has asked UN to grant Palestinians the status of “non-member observer state”, stressing that a “Palestinian state must be realized”
One year after his bid for full membership of the United Nations failed because of a lack of support in the Security Council, Mr. Abbas returned to the UN General Assembly. This time with modest ambitions to obtain the status of non-member state, as is the case for the Vatican, vowing to continue pursuing full statehood membership.
Currently, the Palestinians have only a “permanent observer” status. Upgrading their status at the United Nations would allow them to participate in General Assembly debates and improve their chances of joining UN agencies and International institutions. Last year, Palestinians joined the UN cultural agency UNESCO, despite Israeli and US opposition.
Changing the Palestinian status at the UN would require a vote in the 193-member Assembly, which the Palestinians are all but assured to win the world support for their bid for a “non-member state of the United Nations.”
“In our endeavor, we do not seek to delegitimize an existing State, that is Israel, but rather to assert the State that must be realized, that is Palestine,” said Mr. Abbas in his address to the world leaders gathering at UN Headquarters in New York.
“Despite all the complexities of the prevailing reality and all the frustrations that abound (…), there is still a chance – maybe the last – to save the two-state solution and to salvage peace,” the Palestinian leader said.
He called on the UN Security Council to urgently adopt a “binding reference” for achieving the two-state solution endorsed by the international community. He also blasted the Israeli ongoing settlement building in the areas claimed by the Palestinians, accusing Tel Aviv of carrying out “a campaign of ethnic cleansing” in Jerusalem by demolishing Palestinian homes, preventing construction, expanding settlements throughout the West Bank while suffocating Gaza with a blockade and attacks.
According to some experts, the Palestinian leaders, who have refused peace talks with Israel because of its refusal to stop building settlements, are believed to have delayed pursuing statehood in the General Assembly for fear of angering the US administration and aid donors as the Palestinian authority is going through unprecedented financial crisis because the funds are drying up.