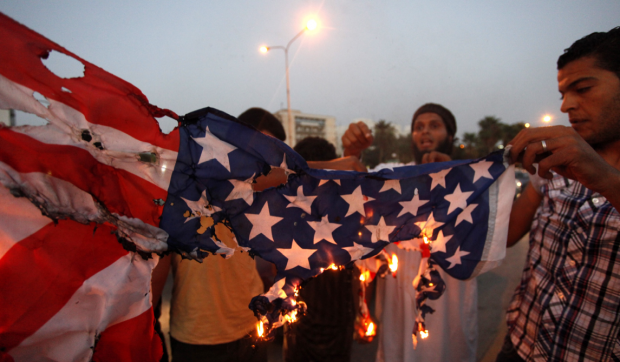 U.S. Report: Al Qaeda Behind Attack against US Consulate in Libya 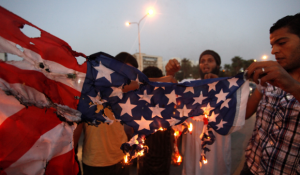 Militants of Al Qaeda branch in North Africa were involved in the deadly attack that targeted America’s consulate in Libya, says U.S. intelligence agencies in their preliminary assessment of the assault that left four American diplomats dead, including U.S. Ambassador Christopher Stevens.
The report confirms the link and participation of the operatives of Al Qaeda in the Islamic Maghreb (AQIM) and the attack on US mission, stressing that there is so far no indication that the terrorist group planned or directed the assault.
However, some members of the extremist group called “Ansar al-Sharia” played a key role in the attack by fielding fighters and providing weapons, say the investigators of the FBI, the CIA and other agencies.
They don’t believe the assault was meant to coincide with the anniversary of the Sept. 11 attacks. The US intelligence analysts are convinced the militants were preparing an the attack on the U.S. compound in Benghazi for weeks but were so disorganized. They say the Libyan terrorists were encouraged to storm the US consulate when they saw what was happening in Cairo.
Commenting the event, Secretary of State Hillary Clinton said the terrorists were “working with other violent extremists to undermine the democratic transitions underway in North Africa, as we tragically saw in Benghazi”, while the director of the National Counterterrorism Center, Matthew Olsen, said during Congressional hearing that the US ambassador and others “died as a result of a terrorist attack.”