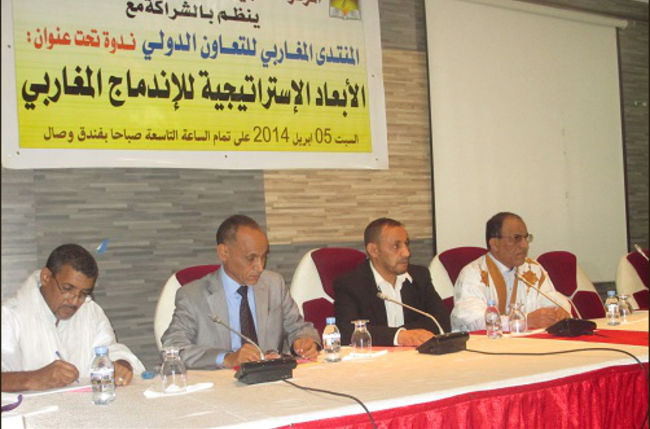 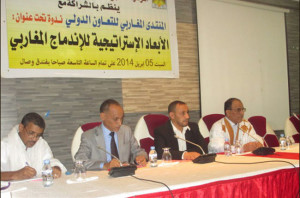 All previous attempts at implementing the Maghreb regional economic integration project left the region largely with just that—a mere project. Maghreb integration is the best way to improve security and boost economic opportunities for youth, regional experts, researchers and policymakers, agreed during a recent conference in the Mauritanian capital Nouakchott. The venue was hosted by the Maghreb Centre for Strategic Studies (CMESMR) and Tunisia’s Maghreb Forum for International Co-operation. Didi Ould Salek, the president of CMESMR, used forum to stress that terrorism, cross-border crime and illegal immigration threaten security, while the lack of regional integration contributes to unemployment and economic losses.
The experts debated the merits, obstacles and reasons behind the disappointing record of regional economic integration, while agreeing that many unanswered questions and unsolved issues remain, namely: Can the future be any different from the past? Or how can policymakers in Maghreb countries shape their reform agenda in the medium term to gain the potential of regional integration? What does the evidence say in terms of the potential gains from regional economic integration in the Maghreb? The search for these and other answers in the Maghreb become more pressing as global competition has stiffened and as economic growth across this region has lagged behind the growth of the labor force.
To that end, while urging Maghreb countries to overcome their political differences in order to improve security co-ordination, Mr Didi Ould Salek also pointed out that decision-makers are “are required to think about the need to build a Maghreb Union; otherwise, their countries will continue to face the threat of the Sahel-Sahara region crisis.” Meanwhile, viewing the complex issue from an economic perspective, Maghreb Forum head Mohamed El Adel stressed that integration can be achieved through “economic and cultural development … [which] is why most of our activities consist of stimulating partnerships between businesses and culture.” He also argued that if a progress in the integration efforts is made, this would help stem the “flight of Maghreb capital to other countries, the brain drain and the inability of local governments to benefit from their ethnic and cultural diversity.”

North Africa Post's news desk is composed of journalists and editors, who are constantly working to provide new and accurate stories to NAP readers.
NEWER POSTLibya’s Deepening Instability: A New Islamist Emirate in the Making?
OLDER POSTLIBYA: New PM to name government in a week