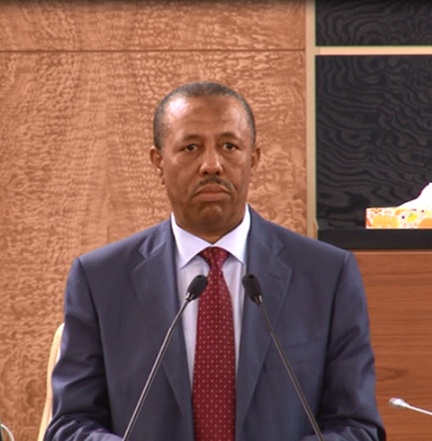 LIBYA: New PM to name government in a week 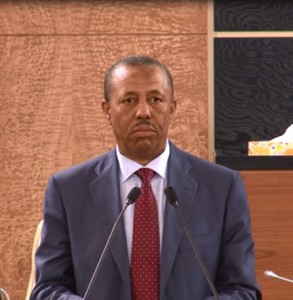 After the removal of Colonel Gadhafi from power in 2011 by the rebels with the help of the NATO forces, Libya has been vulnerable to attacks in recent years and as such the parliament is tasking the acting Prime minister, Abdullah al-Thinni, for a new cabinet. Al-Thinni is expected to  improve security in Libya.
Thinni was named as the Prime Minister because the legislators could not reach a consensus to choose another person. He has been giving more powers and denied reports that he has resigned. His promotion from acting Prime Minister to Prime Minister is covered by discord between political parties. Some said he was quickly named to the post without respecting the necessary voting formalities in the General National Congress (GNC).
Ali Zeidan was ousted by the GNC after failing to prevent the tanker from leaving the shores of the country with oil without the Tripoli’s permission. Thinni, an ex-military officer, has promised to act quickly in making decisions to solve Libya’s problems without interference of the GNC; the country’s highest political body. Thinni’s stay in power has not been limited. He will leave when new elections are held although no date has been scheduled yet for such elections.
Libya’s political arena is tangled in crisis. The parliament’s decision to prolong its mandate from February to December resulted to a public reaction characterized by demonstrations which compelled it to amend its electoral laws and promise early elections.
Thinni whose appointment coincided with days of protest against the lack of security in the east must also tackle insecurity in the capital. The Libyan government has been struggling to impose its authority. It faces challenges from militias and tribal forces that have fought against the Gadhafi regime.