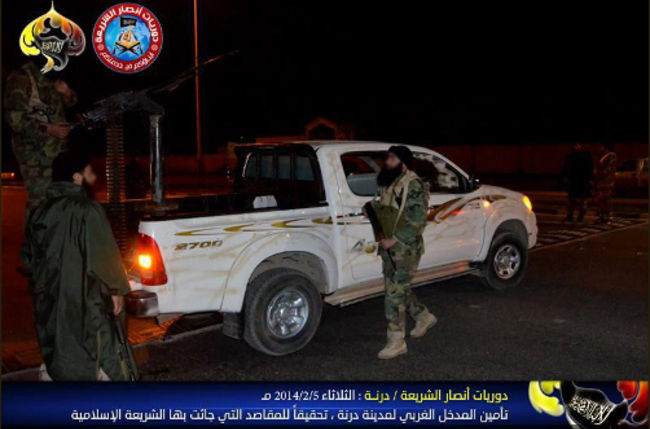 Libya’s Deepening Instability: A New Islamist Emirate in the Making? 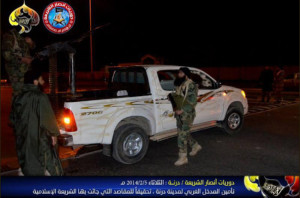 When Libyans recently staged a day of “civil disobedience” to express their increasing dissatisfaction and frustration with the deteriorating security situation, the protestors in the streets of Benghazi also demanded the General National Congress (GNC) to be suspended and new parliamentary and presidential elections to be held as soon as possible. In Libya’s second largest city, a general strike temporarily halted flights at the international airport, while banks and schools were also shut down as part of the call for civil disobedience. Many of Libya’s civil society organisations also declared that the protest would continue until their demands, including the approval of the February committee’s proposal, were met.
However, following these protests was the news that a former head of education for one of the districts of Benghazi has been shot dead in the city. The 47 year-old Mohammed El-Lasi, who was a former head of education for the Laithi district, was killed after being shot with a hunting gun multiple times on Sunday. Meanwhile, a group calling itself the “Shura Council of Islamist Youth in Derna” has declared that it plans to impose Sharia law in this eastern Libyan town. The jihadist group reportedly marched through the coastal city last week, with the group’s Facebook page displaying photos showing dozens of pickup trucks with heavily armed men in uniforms. Just days after declaring the Sharia law in Derna, a senior al-Qaeda leader in the town was found dead in his farm, whereby the al-Qaeda leader was allegedly involved in a number of assassinations in Derna. The new Derna intelligence agency claimed responsibility for killing him and pledged “to cleanse Derna of obscurantist extremists”.
With the absence of state institutions, the region is a fertile ground for extremist organizations looking to grow and thrive. This has lead the US to identify Libya particularly its southern regions as a new haven for Al-Qaeda-linked militants, while French Foreign Minister Laurent Fabius described the situation as “very worrying” due to “terrorist acts and risks in the south in particular, and an unstable political situation in general”. At the same time, however, France also ruled out Western military action against Islamist fighters in southern Libya.