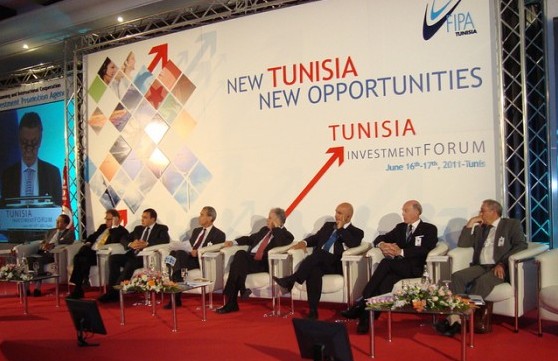 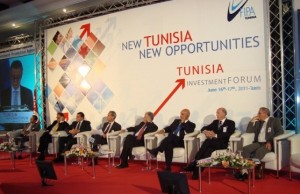 Negotiations are going on between Tunisia and the International Monetary Fund for a loan programme. The IMF director for the Middle East and North Africa, Masood Ahmed, said he is looking forward for their talks to progress by early February.
Negotiations have been going on prosperously between the two parties and Tunisia is hoping to acquire a loan amounting to $2.5 billion. Director Ahmed said current discussions are trying to establish the government’s funding needs. The government’s funding capabilities were dealt a blow by the revolution which ousted Ben Ali.
Tunisia’s newly elected Islamist-led coalition government has sought to revive the economy in the face of a decline in trade with the crisis-hit euro zone and domestic political disputes over the future of the North African Arab state. However, it is not yet known if they will be subjected to the conditions that Egypt was asked to execute before receiving support from the IMF.
The government has set aside major development projects but financial constraints are limiting the possibilities to carry them out. It is counting on the private sector revive the economy. The Minister of Regional Development and Planning, Jamel Eddine Gharbi, called on the private sector to invest as he considered them to be the only guarantor to ensure development of the region and promote youth employment.
The government is working on a strategy to involve the private sector by implementing new mechanisms to attract investors and facilitate the implementation of projects.
The IMF director said that 2013 is likely to be another “difficult year” for countries in the Middle East and North Africa due to the political situations and conflicts in the region while the European zone is still undergoing a recession.

North Africa Post's news desk is composed of journalists and editors, who are constantly working to provide new and accurate stories to NAP readers.
NEWER POSTEgypt’s Investor’s Union desperate about future
OLDER POSTTunisia: A revolution that kindled frustrations not hopes