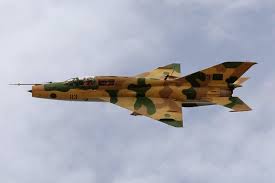 A senior official in the Libyan army has confirmed the presence of troops from more than one Western country but minimized their role in the fight against the Islamic State. Air Force commander Saqr Geroushi said around 20 foreign troops from France, UK and the US are at the Benina air base in Benghazi “monitoring the movements of the Islamic State jihadists and how they store ammunition” but “there are no (foreign) pilots fighting in the place of our pilots and fighters.”

Commander Geroushi claimed that foreign military personnel can be found at other military bases and towns across the country including Tripoli and Misrata where they are carrying out similar tasks.

This week, there have been protests in several Libyan cities and many officials condemned the presence of foreign forces in the country after three French special forces were killed during the weekend by the Defend Benghazi Brigades.

The tension could increase after reports that French warplanes bombed sites just outside the eastern city of Benghazi killing 16 militants and forcing the militants to retreat to nearby Edjabia.

France confirmed the presence of its troops in Libya at the beginning of the week and Pentagon stated in May that it has a “small presence” to help it scout militant groups to ally with in the fight against IS while the British Defense ministry said its air force “regularly facilitates visits by diplomatic and military advisers to Libya” after recordings of conversations at the Benina airbase air traffic control surfaced last week.

With the country divided between several political authorities claiming legitimacy and having control over some of the territories with the help of their loyal militia factions, it will be difficult for Libya to stop foreign troops from playing a role in the conflict especially in the fight against IS because they need their expertise and probably access and supply of weapons and ammunitions as the country continues to be under a UN arms embargo.

A source told Libya Herald that there are UAE military personnel in Benghazi and the number of foreign troops would increase as several Russians arrive.