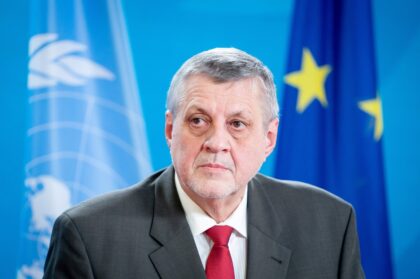 UN envoy to Libya steps down one month ahead of crucial presidential polls
The UN mediator in the Libyan political crisis Jan Kubis has stepped down, less than a year into the job and one month before December 24 presidential elections.

A diplomat who asked not be named because not allowed to speak on the matter said Kubis may perceive that he does not receive the support he feels necessary to achieve the tasks demanded from him, Libya Observer reports.

Kubis, former Slovakia’s top diplomat, was appointed in January succeeding Lebanese Ghassan Salame, who quit in March 2020 due to stress.

The resignation comes on the heels of Dec. 24 crucial presidential elections in the oil-rich country. Before quitting Kubis met with the Vice-President of the Presidential Council (PC), Abdullah Al-Lafi and stressed the relevance of the polls.

The elections process is being challenged by a group of Libyans who question the electoral laws. Over 90 candidates, including interim Prime Minister Abdul-Hamid Dbeibah, have submitted their bids for the polls.