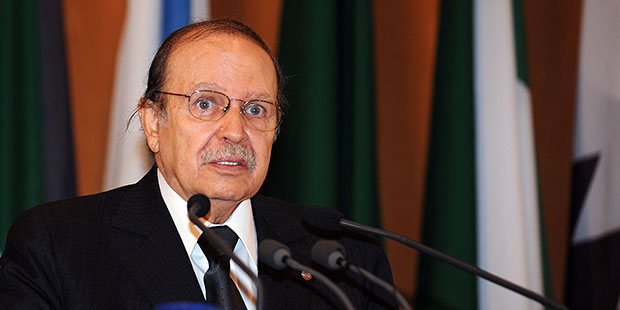 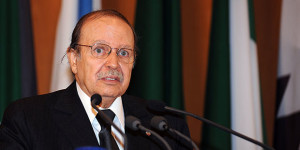 Algerian President Abdelaziz Bouteflika’s decision to run for a fourth term was not received well by the opposition who argue that his ailing health condition and 15-year rule are reasons enough for him to step down. 76-year-old Bouteflika suffered a mini-stroke last year after which he has made rare public appearances. Some opposition leaders declare that he should make way for a new generation to reform the country that has been run behind-the-scenes since independence by National Liberation Front (FLN) elites and army generals.
Seen by loyalists as the man who delivered them peace and stability after a civil war with Islamists in the 1990s, Bouteflika is almost assured of re-elections as he has the support of the powerful FLN party. Some opposition members called on candidates to boycott the elections as Bouteflika’s participation impairs any form of transparency. “Bouteflika’s men will supervise the vote, the game is closed,” lamented Said Saadi, founder of the Rally for Culture and Democracy party (RCD). As a result, the RCD, the Islamist MSP party and the Ennahda party have called for a boycott of the upcoming elections.
The opposition’s call, though has very little affected Bouteflika’s election bid, managed to bring adversaries MSP and the secularist RCD party to join forces against his fourth term. Though yet to announce his candidacy, Bouteflika has registered his candidacy and confirmation that he would run for a fourth term came from Prime Minister Abdelmalek Sellal on Saturday.
A political transition at this time could be delicate for the country as its neighbors are drowned in political turmoil. Algeria’s military has been playing a key role in politics since independence and there have reports of power tussle between some military officials and the FLN party.

North Africa Post's news desk is composed of journalists and editors, who are constantly working to provide new and accurate stories to NAP readers.
NEWER POSTMorocco and Tunisia to Crack Down on Syria-Bound Jihadists
OLDER POSTMorocco’s Efforts in Africa, a Contribution to Regional Peace, Economic Development