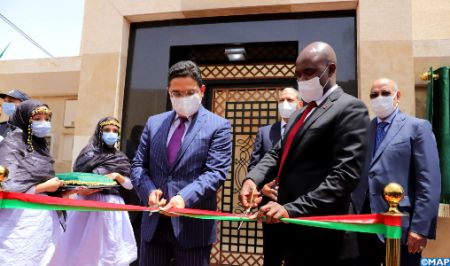 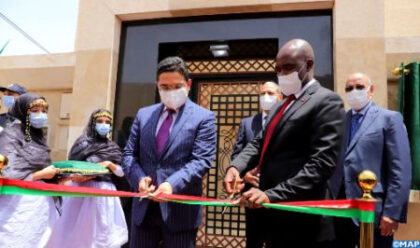 Malawi has inaugurated this Thursday a consulate general in Laâyoune, thus marking its firm support for Morocco’s sovereignty over its Sahara and for its territorial integrity.

The inauguration ceremony took place in the presence of the Foreign Minister of Malawi, Eisenhower Nduwa Mkaka, and his Moroccan peer Nasser Bourita.

He reaffirmed, on this occasion, his country’s strong and steadfast backing to Morocco’s sovereignty over its Sahara and its territorial integrity

More than twenty countries have so far opened diplomatic representations in the Moroccan Sahara.

In Laâyoune, the Malawi’s consulate will be an addition to those of the United Arab Emirates, Jordan, Bahrain, Côte d’Ivoire, the Comoros Islands, Gabon, Sao Tomé and Principe, the Central African Republic, Burundi, Eswatini and Zambia.