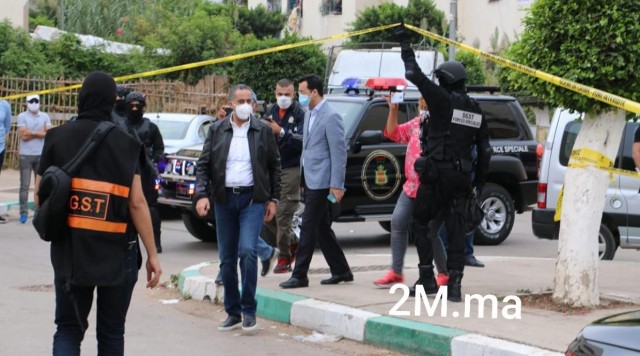 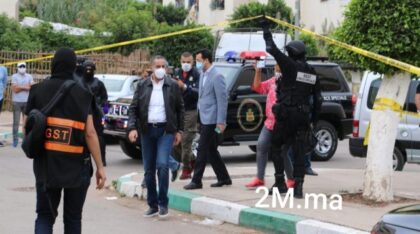 Part of a continuous crackdown and a pre-emptive strategy against terrorist cells, the operation took place in the outskirts of Rabat in Temara, Tifelt and Skhirat as well as in the northern city of Tangier, according to local media.

He was seen in videos checking on special forces who carried out the operation.

One of the suspects resisted arrest, but BCIJ personnel were able to control the situation. The suspect was injured.

BCIJ seized several items from his house, including knoves and chemical liquids and powders suspected to be used in the manufacturing of explosive belts.

According to 2M, the arrested individuals were plotting terror acts aimed at undermining the stability of the country.

Thursday’s operation followed a similar security mission that led to the dismantling of a terror cell in Nador, northeastern Morocco, in July.

Another major BCIJ strike dates back to March 2020 when it dismantled a four-member terrorist cell.

BCIJ, often described as the Moroccan FBI, has played an active role in aborting terrorist attacks both at home and abroad.

North Africa Post's news desk is composed of journalists and editors, who are constantly working to provide new and accurate stories to NAP readers.
NEWER POSTBouznika – Libyan Dialogue: Moroccan Mediation for Peace in Libya
OLDER POSTMorocco chairs board of directors of Arab Union of Electricity