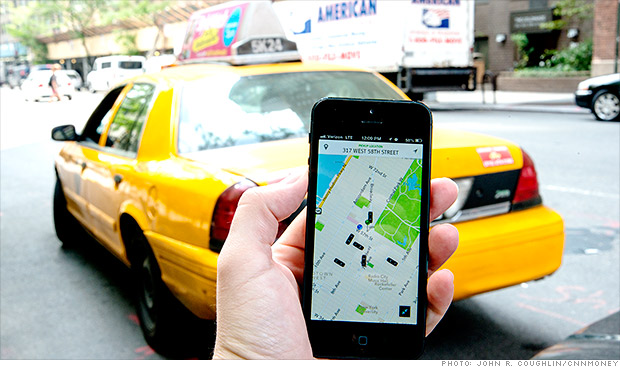 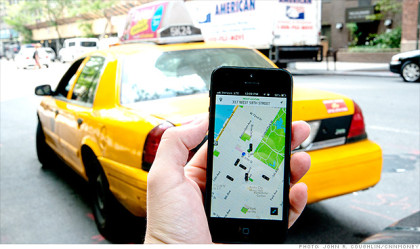 Cab-booking app Uber, which has sparked a swirling controversy in Europe and its US home base, has started operations in Casablanca where this new cab service is gaining momentum.

Uber is one of the apps people can download to their mobile phones and use to book and pay for taxi rides. Launched in 2009 in California and currently used in hundreds of cities across 50 countries, the app makes cities more accessible for people by “seamlessly connecting riders to drivers”, according to the company website.

The app, when downloaded to the user’s mobile phone, detects the GPS and finds the nearest available driver. It allows people to book a ride, find out how long it will take the cab to arrive to pick-up point and how much their journey will cost. Customers can also track the vehicle and pay via their phone or credit card the fare.

After setting foot in Morocco, the Uber officials hope to thrive and expand operations to other North-African countries. According to Ms Meryem Belqziz, Head of Uber Morocco, “Casablanca is the first city in the Maghreb and francophone Africa to have such a service”.

“To ensure our services respect the highest standards, Uber Morocco prefers soft launch and progressive operations”, she added, noting that trial service will continue to operate until September in Casablanca to avoid any glitches before the official launch.

To solve these problems and help improve traffic jamming mainly in Morocco’s economic capital city of Casablanca, the most populous in the country, a tramway line was inaugurated at the end of 2012.

This project turns out to be profitable for investors and very useful for commuters and encouraged city planners to brace for a second line.

North Africa Post's news desk is composed of journalists and editors, who are constantly working to provide new and accurate stories to NAP readers.
NEWER POSTAfrica has the potential to be the next center of global economic growth, President Obama
OLDER POSTLibyan military slams EU sanctions as “meaningless”