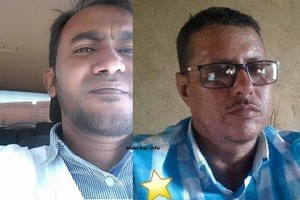 Two Mauritanians kidnapped in Mali on July 18 along with three Chinese nationals were released on Tuesday, a source close to the Mauritanian government said.

The five men were abducted during an attack on a road construction site some 55 km from the town of Kwala in southwestern Mali, not far from the Mauritanian border, according to the Malian army.

“They are in Vassala, on the southeast border with Mali. They are in good health,” added the source, who was unable to give details on the circumstances of their release or the identity of the kidnappers.

The official, who requested anonymity, and AMI did not give any indication of the fate of the three Chinese nationals kidnapped at the same time.

The Mauritanian news agency Al-Akhbar reported that the assailants, who arrived on motorcycles, set fire to fuel tanks before fleeing with the hostages. Construction equipment was also destroyed, the Malian army said, without giving further details.

Kidnappings of both Malians and foreigners are commonplace in the country, which has been a hotbed of jihadist, inter-communal strives, and criminal violence for years.

Five Malian Catholics were kidnapped on June 21 after leaving Ségué, a town on the Dogon Plateau (central Mali) which is largely populated by Catholics. Four of them were released two days later and the fifth in mid-July. French journalist Olivier Dubois, kidnapped in northern Mali on April 8, is still in the hands of his captors.