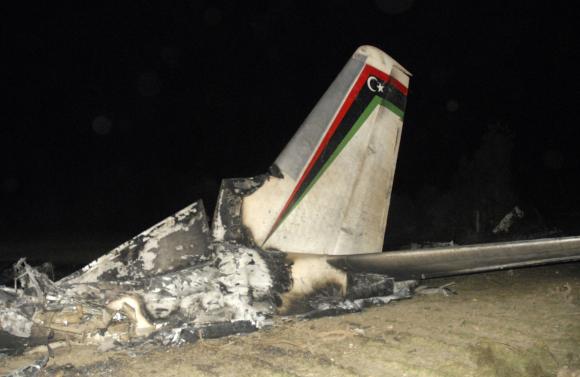 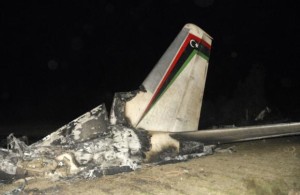 Eleven people, including doctors and patients, were killed in a Libyan military crash which occurred Friday a field near Grombalia, about 40km south of the Tunisian capital.
The crash of Russian-made Antonov aircraft is due apparently to engine failure. The whole plane was completely burnt out, said Tunisian emergency services.
According to Libyan media, Sheikh Daouedi, Libyan assistant secretary of state for martyrs, was among the killed passengers. He was travelling to Tunisia for medical treatment.
This is the second crash of a military plane in North Africa. Few days ago, 77 people were killed in a crash of an Algerian military transport plane in the eastern region of the North African country.
The US-built C-130 Hercules plane was heading to Constantine from the southern Saharan city of Tamanrasset. Bad weather conditions were blamed for the crash which left only one survivor, a soldier, who was injured in the head and treated at a nearby military facility.
According to some press reports, the plane broke into three parts. It is not the first military plane crash in Algeria. In 2012, another C-130 plane crashed in France, killing six people.
The worst plane crash in Algerian history occurred in 2003, when 102 people were killed after a civilian airliner crashed at the end of the runway in Tamanrasset.

North Africa Post's news desk is composed of journalists and editors, who are constantly working to provide new and accurate stories to NAP readers.
NEWER POSTSahel Security Summit in Niger
OLDER POSTEgypt: terrorist attacks are waging against the interim government