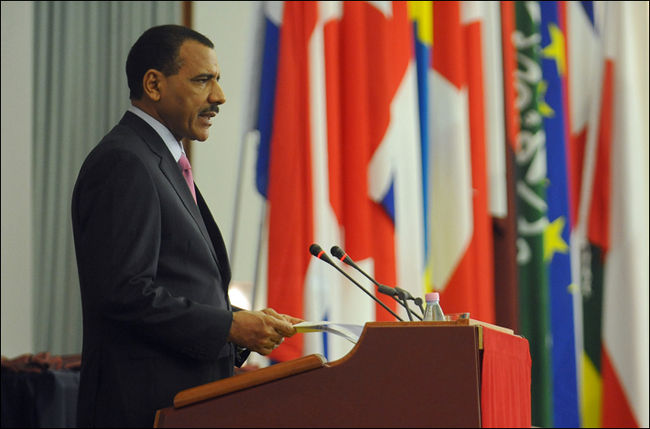 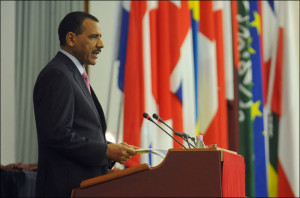 Niamey, the capital and largest city of the West African country Niger, hosted the Sahel Security Summit which was attended by foreign ministers from the Sahel and West Africa regions. The main objective of the high-profile meeting was to articulate a joint response to terrorism and organized crime across the region. The conference included top politicians from Libya, Algeria, Mauritania and others in the Fusion and Liaison Unit (UFL) who discussed solutions to the region’s many security threats with their counterparts in Cote d‘Ivoire, Senegal, and Guinea.
The diplomats specifically talked about the security and political situation in the Sahel-Sahara region, closer security collaboration, and the implementation of African Peace and Security architecture. In his opening speech, Nigerien Foreign Minister Mohamed Bazoum said that the recent events in Gao in Mali, including the kidnapping of the International Committee of the Red Cross (ICRC) team members, for which the jihadist group the Movement for the Uniqueness and Jihad in West Africa (MUJAO) claimed responsibility, demonstrated how fragile the region’s security is and illustrated the imperative need for closer cooperation between the nations of the Sahel.
Mr Bazoum added that Niger was suffering from the collateral fallout of the Libyan and Malian crises and began looking for ways to safeguard its borders via a partnership ensuring human rights and the free movement of people. In his opinion, the security situation in Libya is still characterized by somewhat anxious tensions. The chairman of the Economic Community of West African States (ECOWAS) Commission, Kadré Désiré Ouedraogo, further specified the action plan outlined by Niger’s Mohamed Bazoum. The plan is based on three pillars – prevention, rebuilding, and suppression – which are believed to make a significant contribution to socio-economic development and stability in the Sahel if implemented well. These pillars should be naturally pursued in accordance with the principles of democracy, the rule of law, and good governance in order to eschew further crises in the future.