To comprehend the current role and position of the Muslim Brotherhood in Egypt, rather than focusing only on its present-day form and the general policies of this movement, we must take a closer look at the historical evolution of this organization. One will then realize that the Muslim Brotherhood is not an entity that could be easily defined and described and moreover, put into one clear-cut category – which is exactly what many current commentators tend to do. 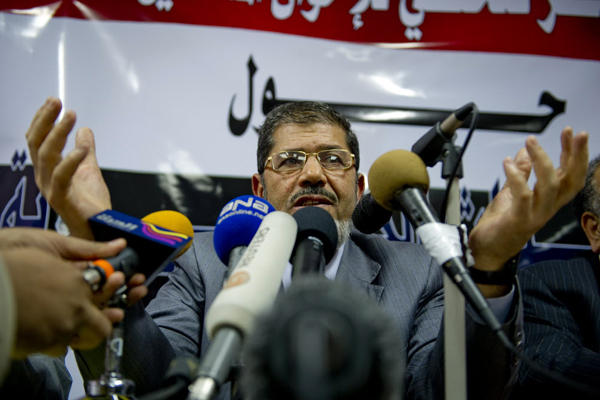 Since its founding by Hassan al-Banna in 1928, the Muslim Brotherhood has undergone a very dynamic development and many changes in its structure and tactics. Its radicalization or, conversely, moderation was largely a natural response to how it was dealt with by the particular Egyptian regime that was in power at that time. The Muslim Brotherhood initially operated as a charitable organization based on the principles of Islamic charity, as one of the main Islamic duties. It founded mosques, madrasah, hospitals, soup kitchens for the poor, and established youth organizations. The Brotherhood substituted the de facto dysfunctional social system of the Egyptian monarchy which was strongly supported by the British. With the increasing popularity of the Brotherhood – and proportionally with its growing political ambitions – the cleavage “Brotherhood vs. regime and its British protectors” emerged. This was also reflected in the II. World War when some members of the Brotherhood supported British enemies – the Axis Powers. But the biggest confrontation ensued in the late 1940s: after a series of violent anti-regime activities, during which Egyptian Prime Minister Nukrashi was assassinated, the Brotherhood was banned and its founder, Al-Banna, shot dead by an assassin in Cairo.

The Muslim Brotherhood logically supported the fall of the monarchy in 1952, but they were strongly against secular nationalism of the Nasserist regime. It was then that the Brotherhood also began to be covertly supported by the United States with the aim to turn it into a pillar of the Egyptian opposition to expanding Soviet influence. Nasser’s repression followed and the best-known trial was connected with the radical Egyptian Muslim Brotherhood ideologue Sayyid Qutb who was executed in 1966. While still languishing in prison, Qutb wrote the leading radical pamphlet “The Milestones” that has influenced generations of more radical members of the Brotherhood and other foreign Islamist extremists (rather than the mainstream of the Brotherhood, which completely disavowed the more violent principles of “Qutbism”).

In the era of President Sadat (1970–1981), the relations between the Brotherhood and the regime gradually improved, although the organization remained formally illegal. During Sadat’s reign, radical factions split from the Brotherhood, whereby one of them was implicated in the well-documented assassination of President Sadat to revenge for his peace treaty with Israel. The normalization of relations with the regime continued under President Mubarak when Brotherhood, though still formally an illegal organization, was accepted as an important force in Egyptian society that helped develop a range of social and economic activities. It advocated mainly for the promotion of Islamic values in the society and the fight against corruption. Under Mubarak, the Brotherhood could not operate independently as a political party, but it was tolerated on the list of other parties (such as the Wafd). However, Mubarak’s regime often used various discriminatory practices (not only) against Brotherhood candidates during the elections.

“The Brotherhood’s attitude towards the Arab Spring movement in Egypt in 2011 was generally positive – although the organization did not take the lead in the revolutionary struggle, it actively participated in the anti-regime demonstrations.”

Despite the earlier mentioned tolerance towards the Muslim Brotherhood by Mubarak’s regime, the organization was still able to retain a certain aura of dissent. In contrast to the amorphous leadership behind the series of mass demonstrations against the regime and the absence of other strong political structures and leaders, the Brotherhood was very well prepared and had at its disposal a very well established political apparatus. The Brotherhood’s most successful political activities are connected with the outcome of the parliamentary elections in 2011/12 (though later canceled by the constitutional court) and with the election of Mohammed Mursi as Egypt’s new president in 2012. Whether he will be able to maintain the Brotherhood’s hitherto relatively moderate course in its policies and a relatively moderate political Islam is a question to which we do not know a definite answer. It can be only the people of Egypt who will decide what part the Muslim Brotherhood will play in Egypt’s development in the years to come.

Dr Marek Čejka is a researcher at the Institute of International Relations in Prague and university lecturer at the Masaryk University in Brno. His research focuses on the Middle East, relationship between religion and politics, international law, religious radicalism and terrorism. He published books on ‚Judaism and Politics in Israel‘ (2002, 2009), ‚Israel and Palestine‘ (2005), ‚Encyclopedia of the Middle Eastern Terrorism‘ (2007), ‚History of Modern Israel‘ (2010), photographic book ‚People of the Holy Lands‘ (2012) and co-authored the book ‚Rabbis of our Time‘ (2010).