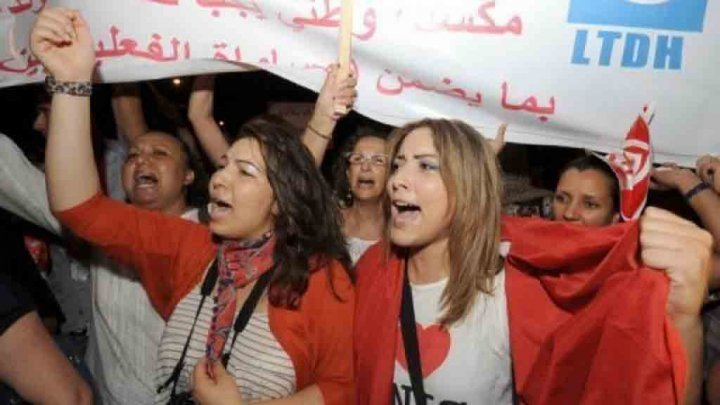 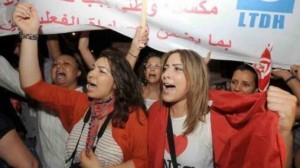 Tunisia’s constitutional assembly voted earlier this week to enshrine gender equality in its draft constitution, upholding the country’s status as having one of the Arab world’s most progressive laws on women’s right. The text enshrining the equality between men and women was approved by a large majority of 159 lawmakers out of the 169 who voted. Women’s rights activists in Tunisia hailed the provisional approval of article 20, which states that “all male and female citizens have the same rights and duties. They are equal before the law without discrimination”.
Ahlem Belhaj, former president of the Tunisian Association of Women Democrats, explained that her organization wanted to add details into the text of the draft constitution that would ban discrimination based on sex or skin colour. “But it is very good news that (gender) equality has been adopted. It was our demand and it’s a victory,” she added. Since gaining independence from France in the 1950s, Tunisia has had one of the Arab world’s most progressive laws on women’s rights, although men remain privileged in some areas, namely when it comes to inheritance. Yet, recently, some have accused the outgoing Islamist-led government of intending to roll back those rights. Tunisia decided on a tight timetable for adopting the long-delayed new charter by 14 January 2014 that falls on the 3rd anniversary of the overthrow of the North African country’s former strongman Ben Ali in the popular revolt that sparked the Arab Spring.
Ennahda, the ruling Islamist party, sparked a controversy in 2012 when it attempted to introduce the concept of so-called gender “complementarity” rather than equality into the post-uprising constitution. The new text is essentially a compromise that was agreed during recent negotiations between Ennahda and the secular opposition, and it is aimed at bringing about an end to the political crisis triggered by the assassination of an opposition politician by suspected Islamist militants earlier in 2012. However, rights groups had expressed reservations about the article on gender equality, arguing that it limits the rights to citizens and not foreigners, and does not specify the prohibited grounds of discrimination.