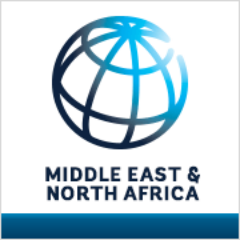 The World Bank Group has worked out a new ambitious strategy to deal with the economic and political fallout of the conflicts rocking the region of North Africa and the Middle East.

The goal is to lay the foundations for long-term peace and stability. With the support of the United Nations and the Islamic Development, the World Bank Group looks forward to building a global coalition to provide assistance to this region.

Together they have developed a new financial initiative aiming to provide urgent development support for countries of this region impacted by the Syrian refugee crisis, conflict, and economic instability.

This inclusive initiative offers a platform that brings together donor countries, beneficiary countries and financial institutions to provide a holistic response to the challenges faced by the region.

One of the most major challenges facing the region is the Syrian refugee crisis, which has had an enormous impact across the Middle East and North Africa, as well as globally.

Although millions of Syrian refugees have left for Europe, the Syrian refugee crisis is felt most acutely by the countries bordering Syria. Lebanon and Jordan alone host 2–3 million Syrian refugees. As they are both middle-income countries, they do not have access to the concessional financing reserved for the poorest countries. Yet, the refugee crisis is estimated to be costing Jordan U$2.7 billion a year and Lebanon US$1.6 billion. Their debt levels have shot up too: Jordan’s debt to GDP ratio is now 91 pc, and Lebanon’s 138 pc.

For countries such as Tunisia, impacted by slow growth, the initiative aims to provide additional financing to support critical economic recovery programs.

Jumpstarting growth and creating opportunities for the large number of unemployed youth will be crucial for stability in Tunisia and other countries across the region.