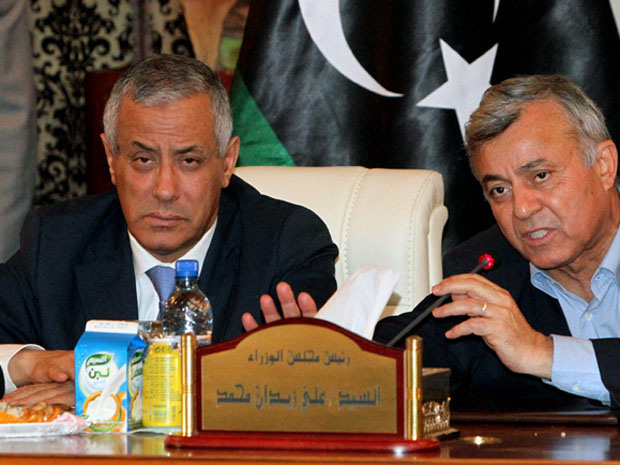 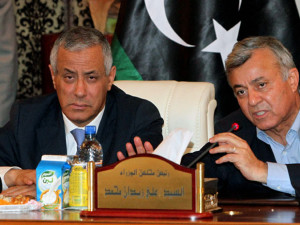 New protests in the Libyan capital are calling for the departure of Prime Minster Ali Zeidan. The protesters blocked the entry to several ministries and other important state institutions in a bid to pressure the Prime Minster into tendering his resignation.  The office of the Prime Minister, the oil, finance, transport, foreign and justice ministries were barricaded by the protesters. The Central Bank and the Supreme Court were also affected.
The Libyan government is heavily criticized for failing to disarm the rebels and establish a national police and army. It continues to struggle in asserting its authority in the country especially in the eastern part of the country which has already named a federal autonomous government. The oil and gas rich country has been in chaos since the uprising against Ghadafi’s regime begun in 2011.
The protesters at the different government buildings brandished banners accusing the Prime Minster and his government of failure. The authorities have been under pressure since the militias took over several oil ports and are reluctant to hand them over. Insecurity and better public services have been of major concern to the citizens. Prime Minister Zeidan was himself briefly kidnapped by armed men.
The government has not reacted to the actions of the protesters. However, a senior ministry official who was standing outside said the protesters have refused to let them enter. The staffs of the affected buildings were forced to stay on the streets.
Zeidan has often come under pressure to resign. A few days ago,an armed militia blocked the entrance to the central bank for some hours to demand that Zeidan quit. The government blames its political opponents in parliament for blocking budget payments needed to upgrade infrastructure and implement necessary projects.