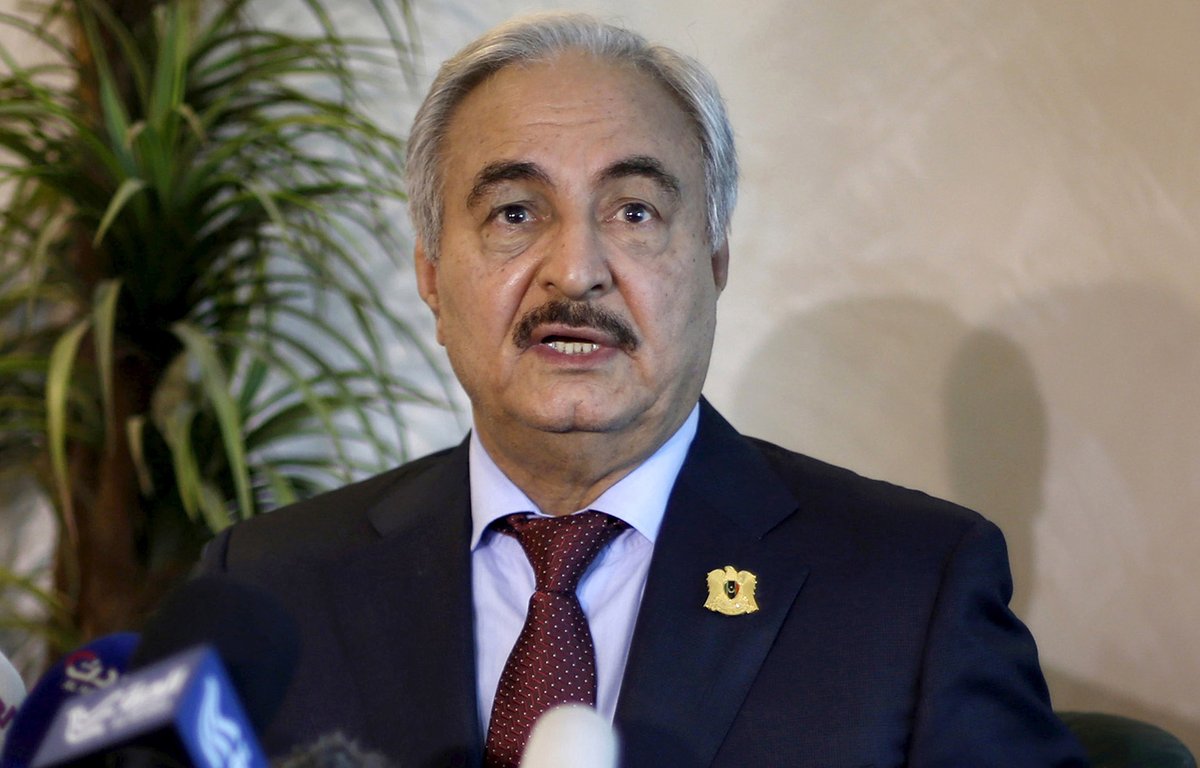 Libya: Haftar Hopes for a Russia-US Coalition to Ouster Terrorists 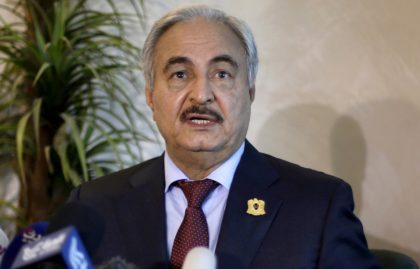 “If Russia and the United States come together in order to stamp out terrorism that can help us. We are going to shake their hands. We will align with them,” Haftar said.

The Libyan army veteran has sided with Moscow in his fight against terrorism in and around Benghazi; the second city of the North African country.

One time Gaddafi’s ally, Haftar participated in the NATO-backed ouster of the Libyan ruler in 2011. He is opposed to the UN-backed Government of National Accord (GNA), which he qualifies as a western puppet, and aligns with the eastern rival Government.

The military field marshal has won Moscow’s backing in the Libyan political crisis raging since 2011. He travelled two times to Moscow to seek military support and the lifting of the UN arm embargo imposed on the country since 2011.

Around 70 injured forces aligned with his army have been flown to Russia for medical treatment. Russia has accepted to receive additional 500 as part of agreement signed between the two sides.

In his interview with JDD, the 73-year old man also thanked France for its support in the fight against terrorism.

Paris is said to have secretly worked with Haftar in combatting terrorists in the eastern part of the country. French authorities have offered intelligence agents, small troops and aircrafts for reconnaissance operations.

Talking about the three French soldiers who died last year in July in a helicopter crash, Haftar indicated that he was profoundly sad.

“But the French government has not abandoned us,” he said.

“They rapidly came up with other alternatives.  It stands to reason that we will not forget this wonderful work”.