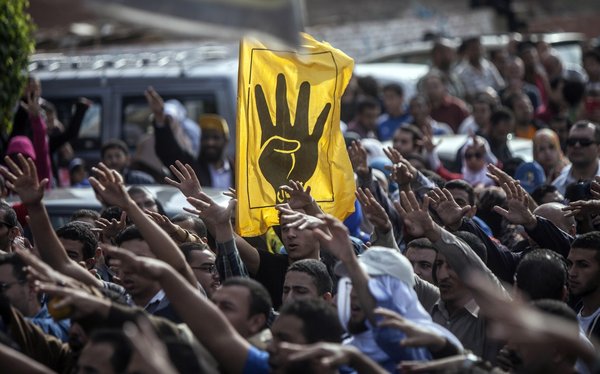 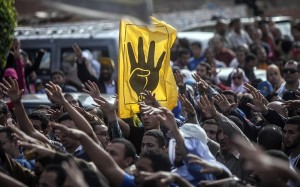 A day after declaring the Muslim Brotherhood a terrorist group, Egypt has embarked on the arrest and detention of supporters belonging or supporting the group on the basis of suspicion of being linked to a terrorist organization. Security in the capital has been increased after a second bomb attack in this week.
General Al-Sisi said they will remain “steadfast” to such terrorist acts. Supporters of the Muslim Brotherhood accuse him of leading a coup d’état while he claims that he carried out “the will of the people.”
Egyptian authoritiesdecided to brand the brotherhood as a terrorist group after a suicide attackaiming a police station left 16 people dead. The party has denied any role in the attack.The international community has condemned the attack.
Supporters of the Muslim Brotherhood often hold large rallies after Friday prayers. The situation could be marked with violence since it will be the first Friday since the new law came into power. Allies of the party released a joint statement stating that “the putschists are a terrorist organization. The Brotherhood are peaceful patriots”.
The Interior Ministry’s spokesman Hany Abdel Latif said participating in protest under the banner of the Muslim Brotherhood can lead to a 5year jail term while those accused under the terror law could face life imprisonment and it “could be death for those who lead this organization”. Terrorism charges will also apply to anyone who finances or promotes the group “verbally and in writing”. Publication of the Brotherhood’s newspaper, Freedom and Justice, was halted in response to the decision.
The United States thinks that the new law has gone “way too far” and outlined that it has no plans to take such measures against the Muslim Brotherhood.