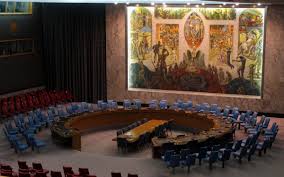 The United States reaffirmed on Friday, following the adoption of UN Security Council resolution N° 2548 on the Moroccan Sahara, that the Moroccan autonomy initiative is “serious, credible and realistic” for the settlement of this regional dispute.

“We consider the Moroccan autonomy plan as serious, credible and realistic, and it represents a potential approach to meet the aspirations” of the people of the Sahara to manage their local affairs “in peace and dignity,” the US delegation stressed at the UN in its explanation of its vot e on this resolution.

The United States also reiterated its call to the parties concerned by this regional dispute to “demonstrate their commitment to a realistic, pragmatic and lasting political solution, based on compromise, by resuming negotiations without preconditions and in good faith”, stressing that “the pre-established positions must not hinder the progress” of the political process carried out under the exclusive auspices of the United Nations.

The American delegation also expressed the hope that “all the parties will respect their ceasefire obligations, cooperate fully with MINURSO and refrain from any action that could destabilize the situation or threaten the UN process.”

“We call on all parties to exercise restraint, especially in the light of the recent events in Guerguerat – which pose a threat to peace and stability in the region – and the general increase in violations highlighted in the latest report of the Secretary General” of the UN, the American delegation underlined, in direct allusion to the provocations and the violations committed by the Polisario and its militias in the buffer zone of Guerguerat and to the east of the defense system in the Moroccan Sahara.

“unilateral changes to the status quo on the ground will not help us achieve a lasting and peaceful solution” to this regional dispute, the American delegation warned.

In its resolution 2548, the Security Council decided to extend for one year the mandate of MINURSO, while confirming, once again, the preeminence of the Moroccan autonomy initiative to resolve the artificial conflict over the Moroccan Sahara.

In this text, the UN executive body confirmed, for the fourteenth consecutive year, the pre-eminence of the autonomy initiative, presented by the Kingdom on April 11, 2007, welcoming the “serious and credible efforts “of Morocco, to move the process forward towards resolution.