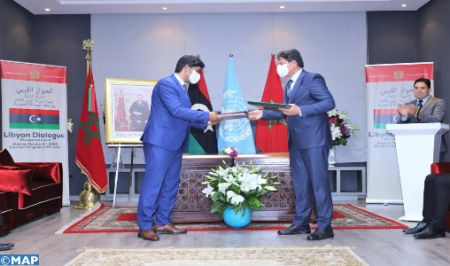 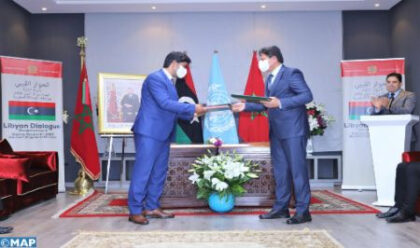 The United Nations on Wednesday expressed “appreciation” for Morocco’s efforts to bring Libyans around the negotiating table for a political solution to the crisis in Libya, and welcomed the understandings reached by the 2nd round of the inter-Libyan dialogue in Bouznika.

Delegations from the Libyan High Council of State and the House of Representatives held a second round of talks in the city of Bouznika, October 2-6, after the first round that was hosted by the same city September 6-9.

The second round was crowned by the signing of an agreement on the criteria and mechanisms for appointments to positions of sovereignty.

“We welcome the understandings reached between members of the Libyan House of Representatives and the High State Council in Bouznika, Morocco, regarding the requirements and the appointment mechanism of the sovereign positions in accordance with the Libyan Political Agreement” reached in Skhirat in December 2015, the UN Secretary-General’s spokesman said.

“We appreciate all efforts that aim to bring Libyans together to address possible contentious issues, including these talks in Morocco as well as the talks that have taken place in Switzerland (in Montreux) and in Egypt (in Cairo and Hurghada),” the spokesman stressed in a statement.

“We believe that all these efforts pave the way for convening the UNSMIL-facilitated Libyan Political Dialogue Forum, which we plan to hold in the coming few weeks,” he added.

Since the launch of the inter-Libyan dialogue in Morocco, the United Nations has voiced support to the move and the acting special envoy to Libya Stephanie Williams has ensured a permanent follow-up of the sessions and encouraged this dialogue, which the UN sees as an important turning point in the Libyan issue stalemate.

She described the second round of talks as a “real opportunity to put a definitive end to this long conflict,” and pointed out that the meetings in Morocco have “greatly contributed to creating this unique opportunity to revive the Libyan political dialogue.”