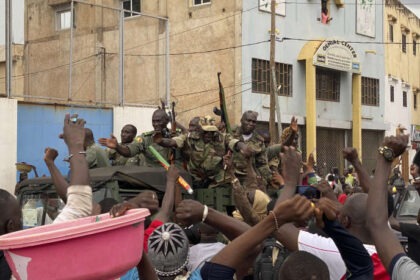 The military who seized power on August 18 in Mali before embarking on a transition supposed to bring civilians back to power announced Wednesday the release of the twelve civilian and military personalities arrested in their coup d’état.

The first to return home was Boubou Cissé, the former Prime Minister of Mali. He was quite well, according to one witness. Another civilian, Moussa Timbiné, a former speaker of the National Assembly, in detention since the August 18 coup, was released and reportedly returned home.

On the military side, among the ten high-ranking officers who regained their freedom were the former Ministers of Security and Defense.

They are now all free to move. But an official communiqué specifies that, for all practical purposes, they remain at the disposal of justice.

Since these extra-judicial arrests, more and more voices, including those of human rights associations, have been raised to demand their release.

The Economic Community of West African States (ECOWAS) had also urged the junta to release the detained persons.

Ghana’s Head of State, Nana Akufo-Addo, the current president of the sub-regional institution, is expected this week in Bamako. He is expected, among other things, to congratulate the local authorities on these releases.