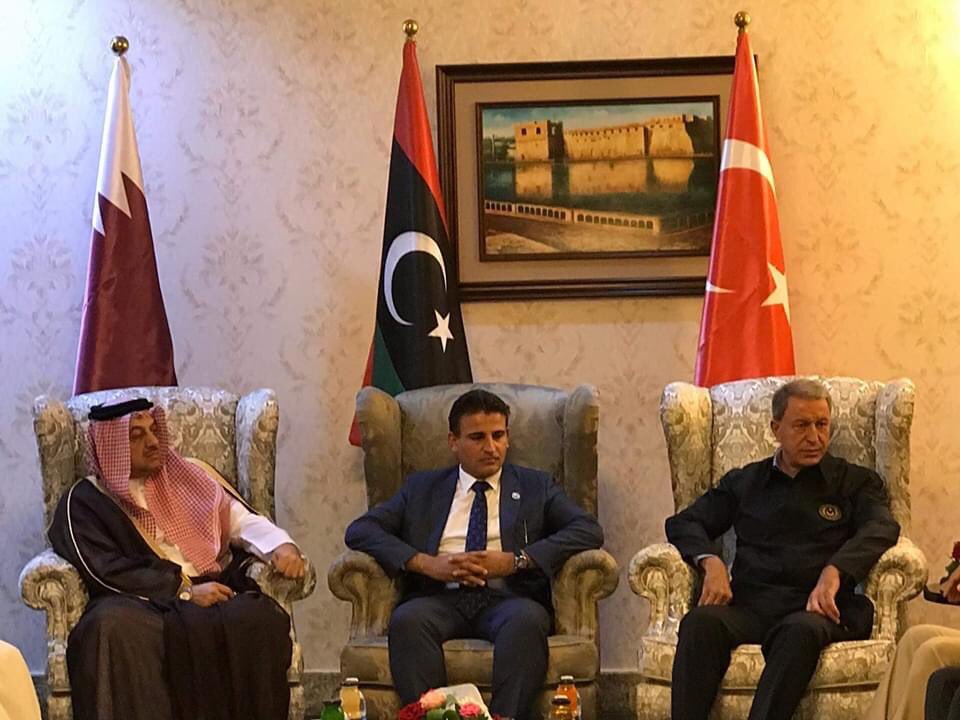 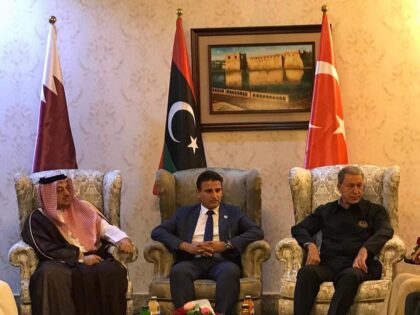 Turkey and Qatar Monday deepened their footprint in Libya as the defense ministers of the two countries agreed to boost the military institution of the UN-backed Government of National Accord (GNA) headquartered in Tripoli.

According to the deal, Qatar will send to Libya military advisers to train Libyan cadres, in addition to hosting some cadres in military colleges in Turkey and Qatar.

“The Libyan Government of National Accord, Qatar and Turkey have agreed that the political solution is the only way out of the crisis in the country and stressed support for this track to regain stability in Libya.” Al-Namroush told reporters.

Turkey and its ally Qatar have emerged as GNA’s iconic global backers in face of rivalry from east-based opposed administration supported by the UAE, Russia, France, Egypt and Saudi Arabia.

The GNA, thanks to Turkey’s military support, has managed to foil its overthrow by Khalifa Haftar, a rebel and military General backed by the rival administration.

Haftar launched in April last year a military offensive to overrun Tripoli. Driven out of several territories, Haftar’s forces have retreated and camped in Sirte that they seized from the GNA last year.