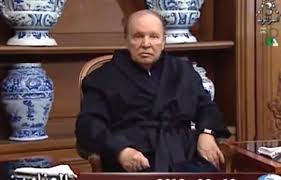 President Bouteflika has carried a major political decision since returning from his treatment in France by reshuffling his cabinet. Principal ministerial posts such as interior, defense and foreign affairs ministries have been affected. Critics claim that the reshuffling is aimed at strengthening the 76 year old president’s grip to power while enthusiasts believe that it will lift the country from its policymaking paralysis. Abdelmalek Sellal continues to head the cabinet.
The latest senior appointments stated in the presidential statement include the appointment of the head of the Constitutional Council, Tayeb Belaiz, as the interior minister. Army Chief of Staff General Ahmed Gaid has been named as the deputy defense minister and also allowed to maintain his position as the Chief of staff. Henceforth, he will be doubling his functions.
Critics are claiming that the appointments of Tayeb Belaiz and General Salah are part of a scheme to tighten Bouteflika’s camp in power.
Ramtane Lamamra, a seasoned diplomat who has served in Africa and at the U.N has been appointed as the Foreign Affairs minister. The Justice ministry will now be headed by Tayeb Louh who was also once a Labor minister.
According to Kal Ben Khalid, an Algerian analyst, the reshuffling is a “definite attempt to reinforce Bouteflika’s clan structure in the government [and] to make it appear more active and credible. He said it is part of the government’s tactics to make people think that “Bouteflika now has the initiative.”
Geoff Porter of the North Africa Risk Consulting thinks that the change should be applauded because “it does break the deadlock” of “policymaking paralysis.”
President Bouteflika underwent almost 3months treatment in Paris after suffering from stroke. He returned in July but has been rarely seen on television or in public.