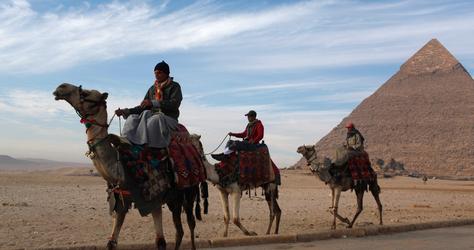 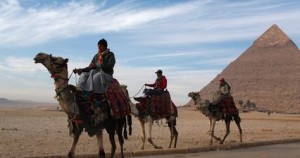 The powerful tourism industry in Egypt is nearing its doom if the imposed travel advice on European citizens by their governments is not removed. In the past few months, Egypt has been marred by violent protests when it was about to revive its lucrative and important tourism industry.
Egyptian officials are claiming that the country is safe for tourists but European governments are yet to give a positive nod to their citizens. The Minister of Tourism, Hisham Zaazou, told a group of Italian tourists that if the decisions are not revised, millions of families will suffer because they live on tourism.
Italians used to be among the highest visitors in Egypt before its troubles begun. More than a million used to visit Egypt annually but the imposed travel advice has seriously reduced their numbers. Minister Zaazou hopes that the 30 Italian tourists that he was appealing to will pass on the message to their authorities. He stated that “riots in Cairo are in decline” and remains “confident that the Italians are ready to come back” because they have always been “very loved and respected.” The travel advice was imposed on August 16th 2013.
Minister Zaazou pointed out that beyond Cairo, “all is peaceful in Egypt.” He distanced the Cairo protests away from tourism.
Egypt is also complaining about the European Union’s financial aid limitations too. The Minister said it had a negative impact on foreign investment since it only covers economic and social sectors.
Egypt’s antiquities have been deteriorating due to the lack of maintenance. The state lacks funds to support the exercise because museums have stood empty for almost three years. Curators have linked the problem to lack of tourists in the country.