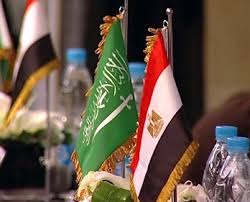 KSA promises to be Egypt’s savior

Saudi Arabia has reiterated its support for the military backed in government in Cairo and has promised to continue supporting it at all cost. Al-Sisi applauded the unconditional support of Saudi Arabia and its diplomatic efforts to gather support for the government. The Cairo government could be faced with financial difficulties because donors have threatened to suspend their support.
Egypt is experiencing financials crises and the suspension of aid from donors will limit the government’s maneuvers. However, Saudi Arabia’s foreign Affairs minister, Prince Saud Al-Faisal, told Egyptian authorities not to be worried by what he termed as “just threats” from western countries because Egypt is too important in the region.
The Suez Canal is one of the most important maritime trade routes in the world. Chaos in Egypt could eventually have serious repercussions on the movement of goods and people around it.
Deputy Prime Minister, Defense Minister and Commander of the Egyptian Armed Forces, Abdulfattah Al-Sisi, wants to establish a very strong relationship between the two governments and to play an influential role in the region and at the world at large.
Minister Al-Faisal is convinced that “all the countries want to have good relations with Egypt” before highlighting the effective bilateral coordination and cooperation between them and the Arab joint work in all fields despite the international criticisms leveled against the government for its lack of respect for Human Rights. Saudi Arabia has given assurances that “The Kingdom will stand with Egypt in all fields.” The Saudi Minister said that the “Arab and Muslim nations are wealthy in population and resources and will not shy away from offering a helping hand to Egypt.”
The United States and the European Union have been careful with their dealings with the Egypt.