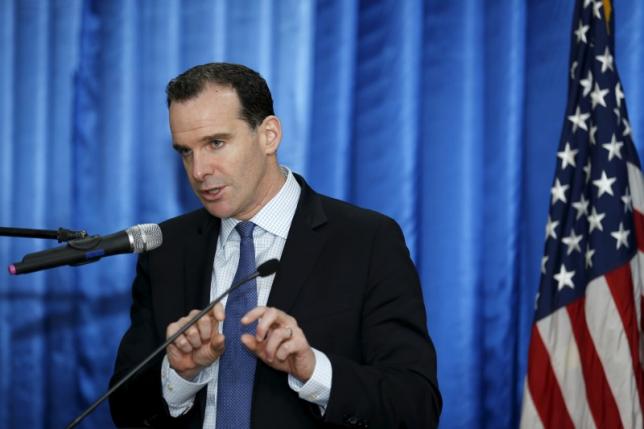 Libya: IS in Libya biggest concern for U.S 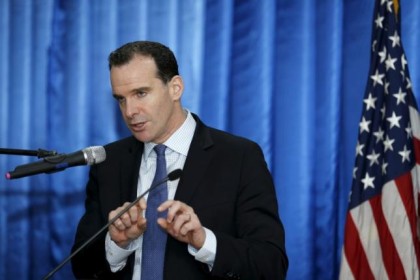 Europe and the United States continue to consider a military intervention in Libya to neutralize the threat posed by the Islamic State (IS) group but the lack of a unity government is delaying their plans.

Nevertheless, Washington has not ruled out intervening if the need arises and its envoy to the coalition against ISIS Brett McGurk told the US House of Representatives Foreign Affairs committee that the Libyan branch of the extremist group is the greatest cause for concern.

Libya has two rival governments and there could likely be a third since the unity government to be formed by the presidential council under the Libya Political Agreement is not unanimously accepted.

McGurk argued that IS poses a threat to US partners neighboring Libya; Tunisia and Egypt. He said the allies of the coalition are making progress in the Middle East but warned that it “will not always be linear, and we should expect setbacks and surprises.”

Defense ministers of NATO members will be meeting to discuss actions against IS later this month, making it the first time since the US-led campaign began in September 2014.

Tunis declared this week that it is not planning military intervention in Libya after constructing a wall and trenches along its border while Libya, while Cairo said a military role should be spearheaded by a Libyan government. The presidential council was to announce a new cabinet at the beginning of the week but requested an additional week delay.

Some European countries hope that the approval of a new cabinet under the UN led dialogue by the Tobruk-based parliament will be followed by a formal request to intervene in the country.