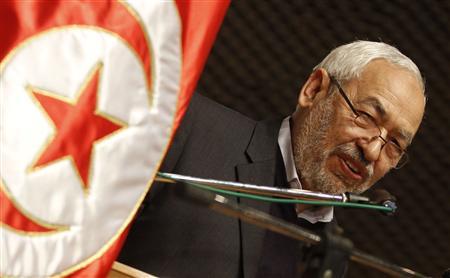 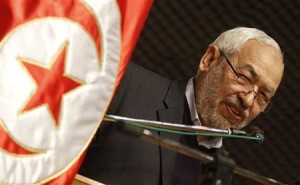 Concessions have been made by the ruling political parties at the end of their Tuesday meeting with the UGTT, the biggest union in Tunisia, and UTICA, an employers’ union representing business owners and self-employed workers. The ruling government has decided to leave power earlier than expected but based on certain conditions. The opposition received the announcement with mixed feelings but the powerful UGTT has threatened that it will reveal the details on the talks if a deal is not reached.
The Ennahda led coalition government has decided on a month deadline to accomplish the constitution and organize elections thereby retracting from its proposed October 23rd deadline. Opposition parties disagree on their proposals. Some of the political parties want the government to resign and pave way for a Technocrat government immediately while others are being cautious of not leading the country into brutal political crisis.
Although the UGTT has tried to maintain its neutrality since the crises worsened, its leader Houcine Abbassi has acknowledged that the proposals have positive developments which could be dwelled upon. Nevertheless, he warned that there shouldn’t be too much excitement because “not much change” has been brought forward by the proposals. Abbassi gave the government credit for giving a “better” explanation of its plans and willing to bring an end to its rule in a month. In a move to urge the politicians to forge ahead in finding a solution, he pointed out that they will “reveal details about the ongoing negotiations” if parties don’t reach an agreement.
Mouldi Riahi, a member of Ettakattol, one of the parties in the ruling coalition, is confident that a solution is imminent saying that they will be “more flexible” because the timetable of the transitional period is nearing its end.

North Africa Post's news desk is composed of journalists and editors, who are constantly working to provide new and accurate stories to NAP readers.
NEWER POSTEgypt to be back in the AU in October
OLDER POSTKSA promises to be Egypt’s savior