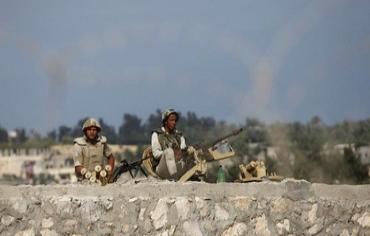 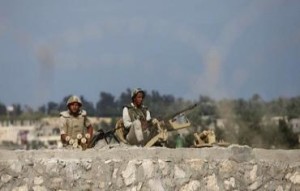 The Egyptian military has begun operations to set up a 500meter wide and 10kilometre long buffer zone on its border with Gaza. Bulldozers have knocked down some of the houses in the area but residents are complaining that they have neither received eviction notices nor compensations. According to sources, the operation is aimed at reducing weapon smuggling and illegal militant crossings along the border. Tunnels are also being destroyed.
Cairo is trying to assert its authority in the turbulent northern Sinai Peninsula. It believes that most of the militants cross over from the Gaza strip to participate in stirring chaos in Egypt. The buffer zone should be covering the Rafah Border crossing to the Mediterranean Sea in order to reduce the movement of people and goods. Samir Farah, a Rafah resident said the expansion of the zone could lead to the loss of many homes.
The operations started about 10 days ago. Some of the residents who have not had their homes demolished but remain in the designated buffer zone territory are worried. Certain prefer to leave if they are compensated because of the dangers smuggling in the region poses to nation.
There are fears that the buffer zone will further isolate the Gaea strip. Spokesman Ehab Ghussein of the Hamas government said Egypt should consider the establishment of a free trade zone at the Egypt-Gaza border rather than increasing and imposing “a new blockade on Gaza and increase the suffering of its people.”
Smuggling in the Sinai region is a very hefty task. The military estimated that 350 tunnels or about 80 percent of the total have been sealed off from further novice. Egypt is concerned about militants moving back and forth using the tunnels and wants to bring it to an end.