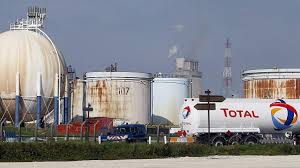 Sonatrach will supply two million tons per year of Algerian LNG to the French market, primarily through the LNG terminal at Fos Cavaou.

The deal, concluded in an extremely volatile market environment, also includes the sub-charter of an LNG tanker of Total by Sonatrach, the Bahrain-based media notes.

Sonatrach is a longstanding supplier for Total, which has been active in the North African country for almost 70 years. The French giant explores and produces gas and oil and LNG.

“This new contract further enhances the flexibility of Total’s LNG portfolio and strengthens our position as a major partner of Sonatrach,” said Laurent Vivier, President Gas of Total.

The two partners have launched engineering studies for a petrochemical project in Western Algeria.