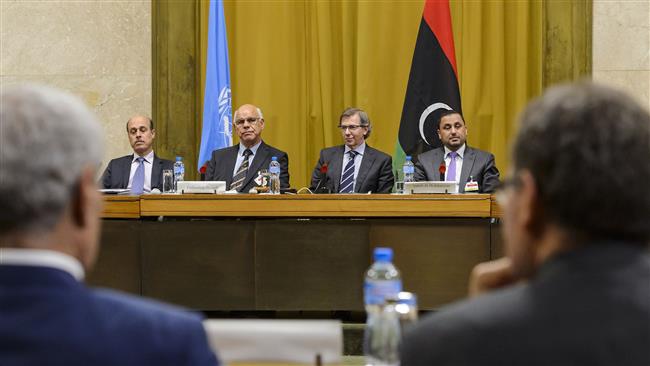 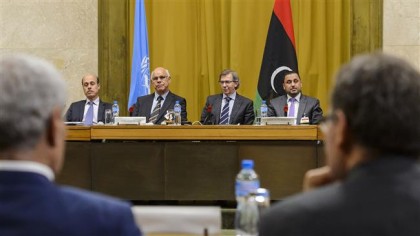 The internationally recognized government of Libya has refused to endorse the UN peace deal offering power-sharing with rival Islamists, prompting serious concerns over future of this North African country and risks of escalation of violence.

A spokesperson for the internationally recognized parliament said the Tobruk lawmakers will not sign the agreement to form a unity government because the UN refused to drop amendments added by the Islamist authorities.

The amendments that irked the Tobruk lawmakers would have given the unity government the power to fire all senior Libyan officials not unanimously approved by its members.

The Tobruk government saw this as an attempt to remove their fiercely anti-Islamist army chief, General Khalifa Hifter, whose forces have been battling Islamist militias nationwide for over a year.

This new hurdle will undermine months of tough negotiations conducted by the UN envoy for Libya Bernardino Leon with the North African country’s two rival governments.

Few days ago, Mr. Leon has announced the UN peace deal and the proposed list of candidates of the national unity government. He even named the prime minister for the new government as Fayez Sarraj, a member of the Tripoli-based parliament, and his three deputies, representing the country’s east, west and south.

This announcement raised hopes to end violence and political crisis in the country that fell apart after the ousting of former dictator Muammar Gaddafi in 2011.

Western and Arab countries have called on all Libyans to accept the UN proposals to end instability in the country and to set up a national unity government.

In a joint statement released on Monday, the Foreign Ministers of Algeria, France, Germany, Italy, Morocco, Qatar, Spain, Tunisia, Turkey, the United Arab Emirates, the United Kingdom, and the United States, and the EU High Representative for Foreign Affairs called upon all parties to the Libyan Political Dialogue to immediately approve the political agreement brokered by UN Special Representative Leon following the meetings of the parties in Skhirat and Geneva.

“We urge all participants in the dialogue to seize the opportunity to end this instability by approving, and faithfully implementing, the political agreement without introducing further amendments,” the Foreign Ministers said, pointing out that the parties to the dialogue face a stark choice. “They can delay approval of the text and annexes beyond October 20 or attempt to make further amendments, and put at risk the stability of the country.”

The UN Secretary General Ban Ki-Moon launched a similar call saying that “no agreement is perfect, but this document will help Libya move beyond the chaos and toward the creation of a stable and democratic state with a clear legal framework.”