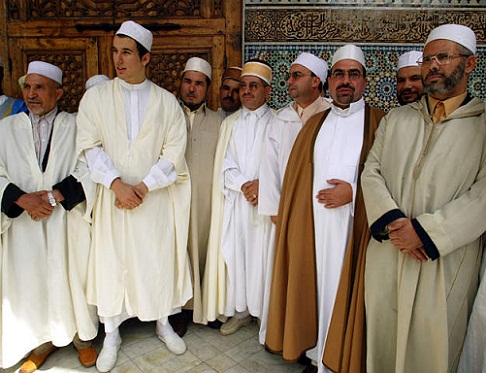 Algerian imams have been authorized to set up their own trade union that will stand as the advocate and protector of the Sunni Islam practiced in Algeria and as a bulwark against other religious trends, mainly salafism.
The mission entrusted to the union mainly consists in defending the material and moral rights of imams and standing as a bulwark against the ideas spread by Salafists or other extremists, says the first secretary general of the new union, Sheikh Djelloul Hadjimi.
The union, affiliated to the General Union of Algerian Workers (UGTA), the major trade union in the country, will uphold the Maliki rite and see to it that this is the rite followed across the country by all imams. No Salafi, Wahhabi or Shiaa preacher will be tolerated, the Union Secretary General told the media.
Algerian Imams and theologians tried to set up a league in 1999 but their project was then rejected by authorities, which were fearing that mosques be exploited for political ends as was the case in the early 90s when the Islamic Salvation Front (FIS) took control of a large number of mosques throughout the country and won a sweeping victory in Algeria’s first multi-party legislative elections in 1991. The elections were cancelled and the FIS was dissolved, plunging the country in what is described as the Black Decade during which tens of thousands were killed in terrorism operations.
Sheikh Djelloul highlighted the role of this new institution mainly in protecting the imamate, preserving the national religious reference drawn from the Maliki rite, unifying religious discourse in mosques and enhancing the role of the imam as a defender of citizens’ safety and peace and not as a trouble maker.
The union will also supervise Zaouiates (confraternities) and religious schools and safeguard the country’s Islamic heritage.
All the countries of North Africa are following the Maliki rite, while Wahhabism, an ultra-rigorous Islam that gave birth to Salafism is practiced in Saudi Arabia. Shi’ism is dominant in Iran and Iraq.
Salafism militancy has also been growing in Tunisia, Algeria’s neighbour, since the collapse of the regime of Zine el Abidine Ben Ali.
To face up the threat, the Tunisian government announced last week the creation of anti-terror cells to fight the “radical salafist movement.”
The cells will combat terrorist activities in the country, at the borders and in the interior, authorities said.
The move came while the Tunisian salafist jihadist movement, which is reportedly behind the assassination of lawyer Chokri Belaid, has heightened its attacks against the government and has openly threatened to topple the prime minister.
The Salafists in Tunisia are heavily involved in the media and politics, and in social and charitable work, and they organise their activities openly. They are also said to be storing weapons and to be operating training camps, both in Tunisia and on the border with Algeria.
Analysts fear to see Al Qaeda in the Islamic Maghreb (AQIM) turn towards the extremists in Tunisia and Algeria to rebuild its potential after the setbacks it suffered in Northern Mali and the reported death of some of its leaders like Abdelhamid Abou zeid.