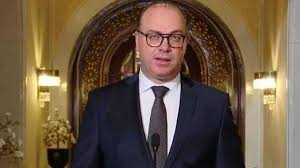 Tunisia: Over 70 lawmakers lobby parliament to withdraw confidence from PM

A group of 73 Tunisian MPs are demanding the legislature to withdraw confidence from Prime Minister Elyes Fakhfakh accused of conflict of interest, Webdo Tunis reports.

The move was confirmed by Hsouna Nasfi, President of the National Reforms parliamentar committee who said that 73 lawmakers have signed a petition to demand the resignation of the Prime Minister in power since February 27.

The country’s second largest party in the parliament, ‘Heart of Tunisia’ led by media mogul and former presidential candidate Nabil Karoui, is backing the petition.

“I called on Fakhfakh to step down and to face his fate in front of the judiciary with regards to the conflicts of interests allegations that were raised against him,” Oussema Khelifi, the leader of Heart of Tunisia group in the legislature said.

The Tunisian Prime Minister has been mired into conflict of interest scandal. He is reportedly shareholder in a company.

Fakhfakh was boycotted Thursday in the parliament during an assessment of his 100 days in office and his economic plan for post-covid-19.

Only 40 lawmakers out of 217 were present in the parliament for the plenary, Webdo Tunis reports.