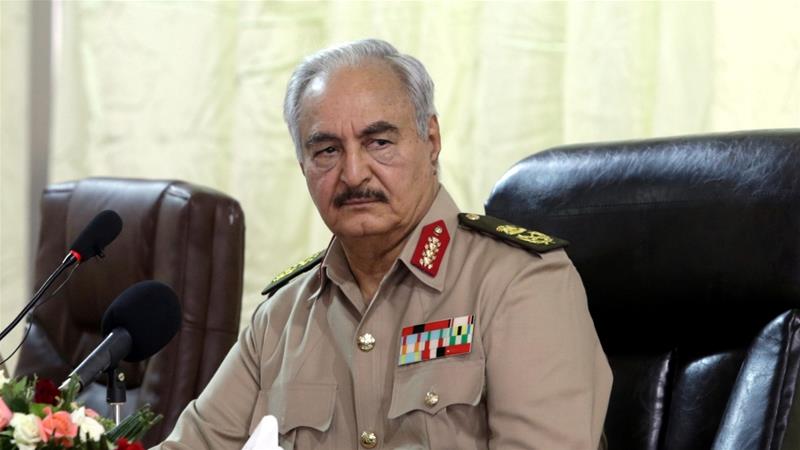 An opposition group in Chad has accused forces aligned with rebel and retired Gen. Khalifa Haftar for the killing of its leader last week, Libya Observer reports.
Republican Party said its leader Gorbal Jadi Nakour was assassinated on April 18 alongside with his body guard. Without providing evidence, the party, the Libyan media reports, has accused forces affiliated to the east-based rebel warlord for the killing and vowed to bring the perpetrators to book.
Nakour, Libya Observer notes, a close friend to Haftar as many of the party’s fighters had taken part in the the war in Libya since the beginning of Haftar’s military operations in Benghazi in May 2014 and including the ongoing Haftar’s offensive to topple UN-backed Government of National Accord (GNA) headquartered in capital Tripoli.
The Egypt, UAE, Russia, France and U.S-backed Gen. launched the surprised offensive April last year arguing that the operation was meant to flash out terrorists who control the GNA.
In another report, the GNA forces managed to capture a Chadian commander fighting for Haftar in Western Sirte and tasked with recruiting mercenaries, Libya Observer reports citing Abdelhamid Abu Zayan, Commander of security and protection force of Sirte-Jufra liberation room.
The mercenaries are offered 3000 dinars (over $210) a week for fight in Haftar’s ranks.