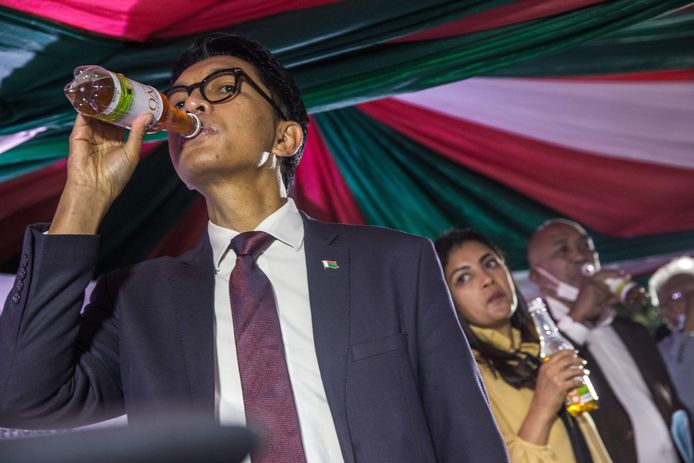 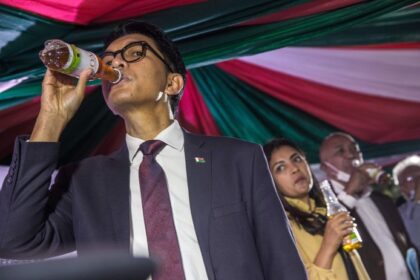 The President of Madagascar presented Monday “his medicine” for the coronavirus, consisting of a decoction and an organic herbal tea (Tambavy CVO) based on artemisia and other Malagasy plants kept secret.

The “medicine” was developed by the Malagasy Institute of Applied Research (IMRA).

The Malagasy president presented the two improved traditional remedies ‘‘with great pride’’ to an audience of guests, ministers, diplomats and scientists. “Today, there are already two cases that have been cured thanks to Tambavy CVO,” the head of state said, adding he wants to popularize Tambavy CVO to protect his population.

Andry Rajoelina said his country has already received many requests from all over the world, including Canada, the United States and Europe, to provide them with the new products.

‘‘If you look at the chemical profile of artemisia, you can see that there are known molecules that stimulate the immune system,” says Charles Andrianjara, a molecular design researcher and Director General of IMRA.

“So, first of all, we’re going to say that it’s for prevention,” the researcher said.

For the head of state, the progressive deconfinement of the country, which began on Monday 20 April, is due to these drugs. The president assures that the remedy will be manufactured in sufficient quantities so that all 27 million Malagasy people can have access to it.

These medicines will be distributed free of charge to the most vulnerable people and will be on sale from this Wednesday April 22 in pharmacies and supermarkets.

The president has decreed the compulsory intake of this medicine for students in the third and final year of secondary school who will return to school on Wednesday.