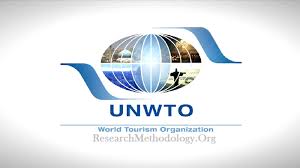 The World Tourism Organization (WTO) has decided to hold its 24th General Assembly in the city of Marrakech in 2021 after the candidacy of the North African Kingdom won the majority of votes.

The WTO decision was made Thursday by its member countries during their meeting convened in St Petersburg (Russia). The Philippines and Kenya were also bidding for hosting the next WTO General Assembly.

WTO General-Secretary Zurab Pololikashvili offered his warmest congratulations to Morocco, commending its commitment to accessibility and sustainability and for using tourism as a driver for job creation and economic growth for all.

“Morocco also showed it has the infrastructure and the commitment necessary to host the most important high-level even for the global tourism sector”, he added.

For his part, Moroccan Tourism minister said the selection of Morocco reflects the trust the Kingdom enjoys on the international scene due to its stability & development, and confirms the Kingdom’s position as a leader in world tourism.

This victory is an international recognition of the pertinent strategy spearheaded by King Mohammed VI to achieve sustainable and inclusive development in all sectors, the minister said, adding the vote represents a victory for the entire African continent.

The General Assembly is the supreme organ of WTO. Its ordinary sessions are held every two years. It is deemed as the most important global meeting of senior tourism officials and high-level ‎representatives of the private sector. ‎

North Africa Post's news desk is composed of journalists and editors, who are constantly working to provide new and accurate stories to NAP readers.
NEWER POSTMorocco to set up disaster relief fund
OLDER POSTMorocco to Buy about $1 Bln US Missiles & Ammunitions