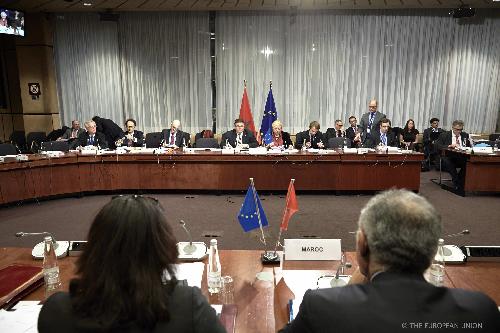 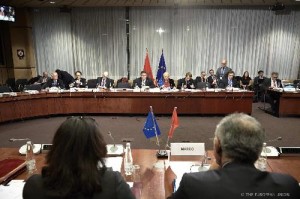 Because of the mounting security situation in the region of Sahel, closer cooperation and integration in Maghreb is needed. According to the final concluding remarks of the 11th Morocco-EU Association Council, the EU28 stressed the salience of tight cooperation between the MENA and Sahel-Sahara region. The effort of closer collaboration between Sahel and Maghreb was initiated in 2011 when the EU was unanimous about the importance of Maghreb inter-regional cooperation to fight the terrorist threat from AQIM.
Salaheddine Mezouar, Morocco’s foreign minister, ensured that Rabat supported all UN- and EU-led strategies with the objective to achieve stability and security in the Sahel, which included a tri-angular endeavor of the EU, Morocco and the countries of the Sahel and Sahara. He also ex-pressed his concerns about the deterioration security situation in the area, which Morocco believes needs closer regional coordination and integration encompassing all the region’s countries. The EU has also repeatedly ensured that the member countries are committed to helping out Maghreb to-wards the closer integration to help stabilize the Sahel-Sahara region.
The foreign minister added that nowadays it is clear that forming the dialogue between the countries of the Maghreb is a priority, yet it still remains crucial to make an effort towards reconciliation between Rabat and Algiers. Morocco and Tunisia have strategic importance for the stability and economic development in the region. The EU has also recognized the strategic significance of Rabat-Algiers axis while providing its full support to this reconciliation. According to Ahmed Betatache, the first national secretary of the Socialist Forces Front (FFS-Algeria), Maghreb integration would provide an opportunity to mitigate the risks of destabilizing forces in this region. Mr. Betatache believes that the more MENA countries cooperate, the more they are able to make a difference in the Sahel’s security cooperation. Therefore, Morocco and Algiers are, in his opinion, obliged to solve their issues and help sort out cross-border crime, disintegration of the Sahel-Sahara as well as smuggling or trafficking.

North Africa Post's news desk is composed of journalists and editors, who are constantly working to provide new and accurate stories to NAP readers.
NEWER POSTLibya urged to join WTO
OLDER POSTLibya : “last opportunity” for Islamists to establish a state