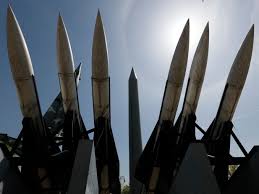 Morocco to Buy about $1 Bln US Missiles & Ammunitions

Protection of Morocco’s air and land borders will be enhanced further with the purchase of various Tow -2A missiles for $776 million and additional F-16 ammunition for $209 million.

According to US Defense Cooperation Agency, the deal also includes missile support equipment, spare parts, training, and US technical and logistical support.

These military deals will help to improve the security of Morocco, a major Non-NATO ally that continues to be an important force for political stability and economic progress in North Africa, says the US Defense Security Agency.

The proposed sale will also improve Morocco’s capability to meet current and future threats of terror from violent extremist organizations prevalent throughout the region.