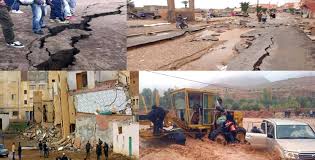 The Moroccan government has greenlighted the setting up of a disaster relief fund to pay compensations to victims of natural disasters and hazards as the country faces flash floods that left devastating impact on many rural areas.

The fund will be operational in January 2020 and will cover natural risks and hazards including drought, quakes, tsunamis and floods, said government spokesman Mustapha El Khalfi.

The new fund will offer compensations to victims of natural hazards and will be funded by the taxpayer, he said.

The announcement comes as many rural areas notably in the south and the east have been hit by floods that killed eight in a village near Taroudant and at least 24 people near Errachidia when their bus was swept away by a flood.

Khalfi said that measures were taken to avert such tragedies and that the government will ban all types of buildings nearby dry rivers in rural areas.