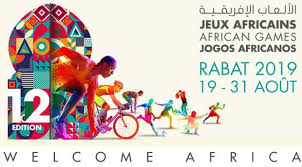 Morocco Sunday retained its 3rd place in the overall ranking of the 12th African Games, generally regarded as Africa’s version of the Olympic Games, with 41 medals including 13 gold 11 silver and 17 bronze.

At the competitions of the 7th day played Sunday, Morocco earned an extra bronze medal in weightlifting in the under 55kg category.

On Saturday, Morocco overtook Egypt and South Africa as the third nation with the largest number of medals after three of its athletes won three gold medals.

The games host country garnered in total 7 medals on Day 6 of the continental event. They included three golds in show jumping, triathlon and snooker.

Morocco boasts in total 40 medals including 13 golds, 11 slivers and 17 bronzes.

The African Games is organized every four years. The capital of Congo Brazzaville hosted the first edition in 1965 and the last in 2015. The 2023 edition would be hosted by Ghana for the first time.

The competition kicked off August 19 during a grand ceremony in capital Rabat and will wrap up on August 31.

In another development, Moroccan athlete Soufiane El Bakkali won the 3000m steeplechase Diamond League, in Paris, despite a bleeding foot.

Bakkali clinched the victory in 8:06.64 ahead of Benjamin Kigen from Kenya and Lemecha Girma from Ethiopia who finished respectively 2nd and the 3rd.

The victory is the Moroccan athlete’s third in the discipline this season.